Since I've had quite a bit of free time on my hands this month, I've had some time to think about my favourite things I've seen/heard/used etc this month. 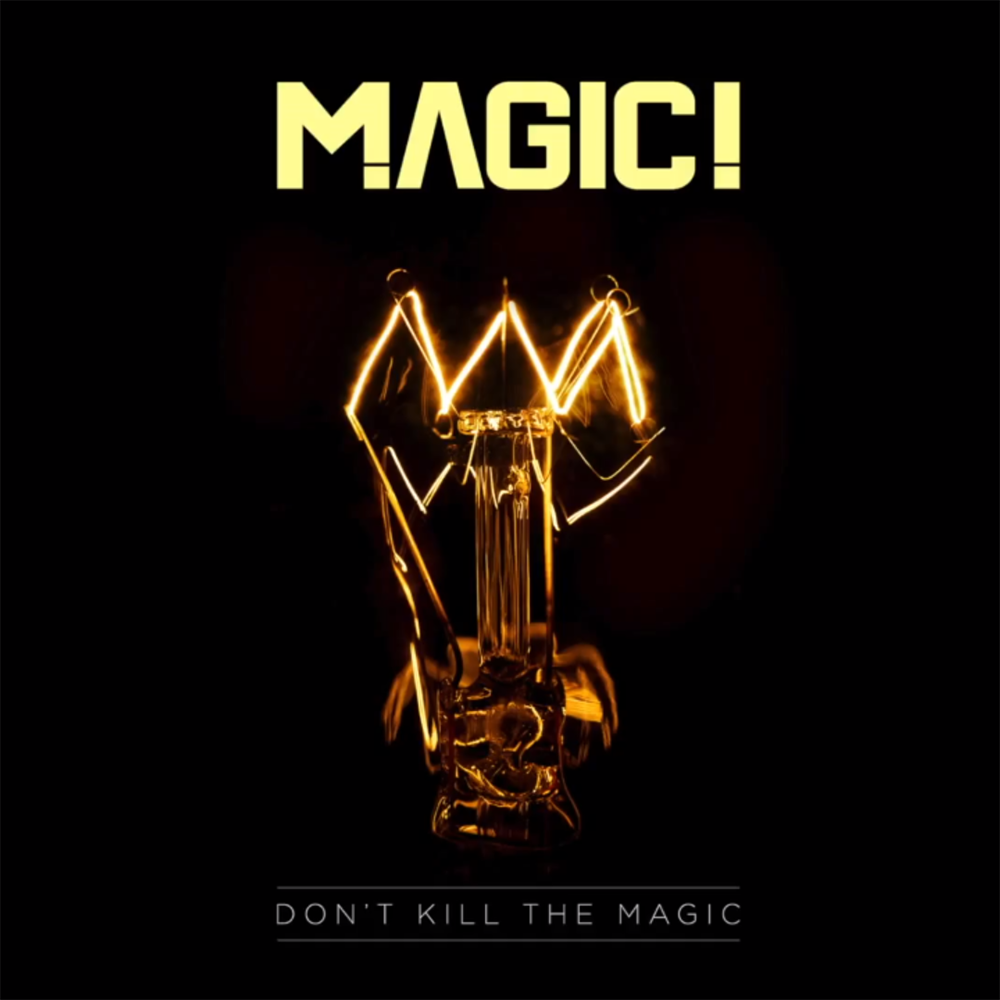 Choosing a favourite song of the month is always the hardest thing, because I literally listen to so much music daily, so in a whole month I hear a whole lottttta songs. However, this month I've come across a song called 'Don't Kill the Magic' by MAGIC! I really love this song and for some reason when I clicked on it as a suggested video on youtube I really wasn't expecting it to sound as it does, but I think it's great. It's just in my head all the time and it's got the right kind of intensity about it; I think I was expecting something a bit more rock-y and in-your-face, but it's got a really relaxed feel to it, kind of like funk music, but with an element of 'reggae fusion,' as wikipedia describes the band's sound. I just think this song is brilliant and super catchy. If you wanna have a listen (do it, I dare you), here's a link. 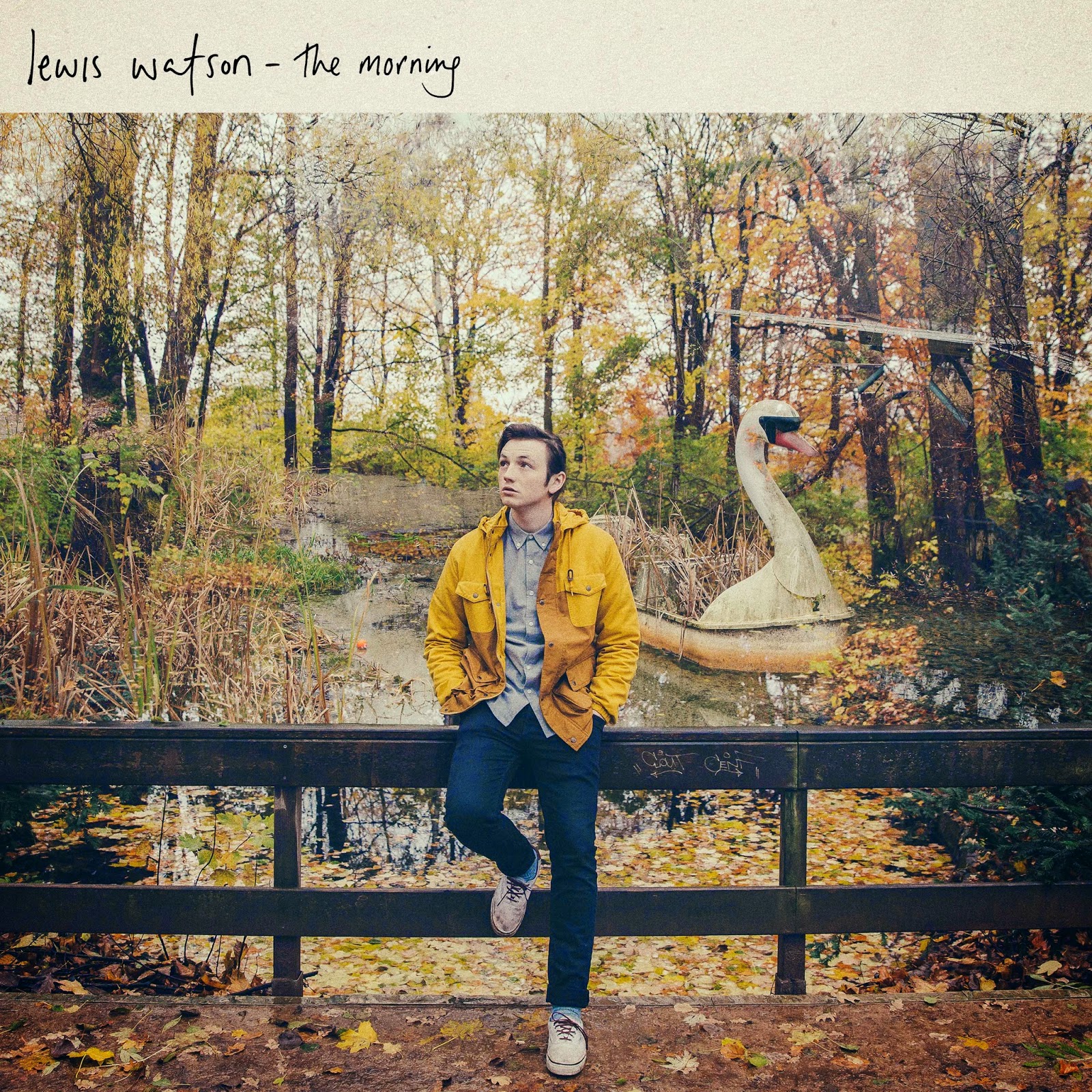 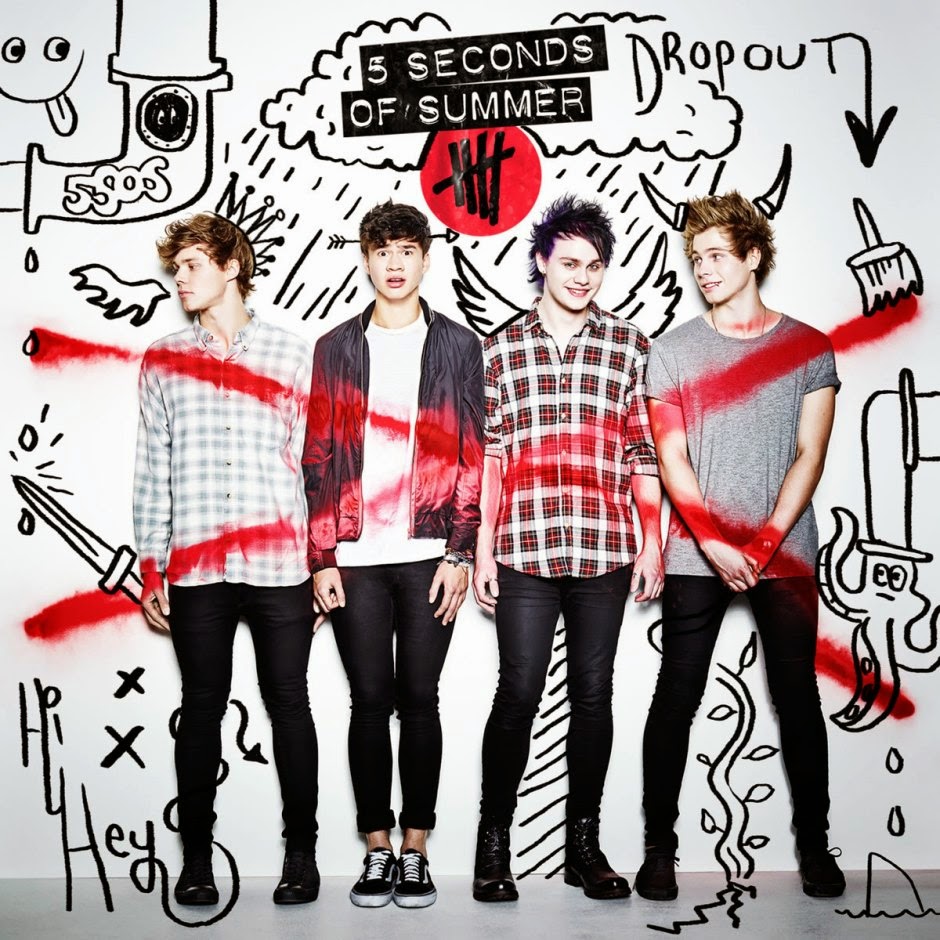 This month the albums I have been listening to most are The Morning by Lewis Watson and 5 Seconds of Summer's self-titled album. I did a short review on Lewis' album here and I just find it really calming to listen to. It's very soft and easy on the ears, with poetic lyrics and haunting melodies. I also reviewed 5sos' album here, with a track-by-track giving you a real feel of my thoughts on each of the songs. The rock sound is so strong but not too overpowering and I feel like the perfect balance was struck.

I've been really on and off with books this month. Some days I'll read for hours and others I won't even want to look at a book. I blame the heat really. When it's hot the idea of staying one place really isn't pleasing, but equally it often feels too warm to do much, and so I've gone from one extreme to the other. The only book I've truly enjoyed this month is Hemingway's 'The Old Man and the Sea.' I read this book just after I finished my exams and have already read it again. I think it's got a really important life message bide within the pages. The tale shows a man going to great lengths to catch a really great fish; he's a fisherman that many people doubt the ability of, and essentially the novella explains that you can achieve something great and not have it be all you wanted: something will always go terribly wrong. But he maintains the respect of the person who seems to mean most to him. I really love this book, and it's not very long, so I think it's one that everyone should find the time to read. It's important. 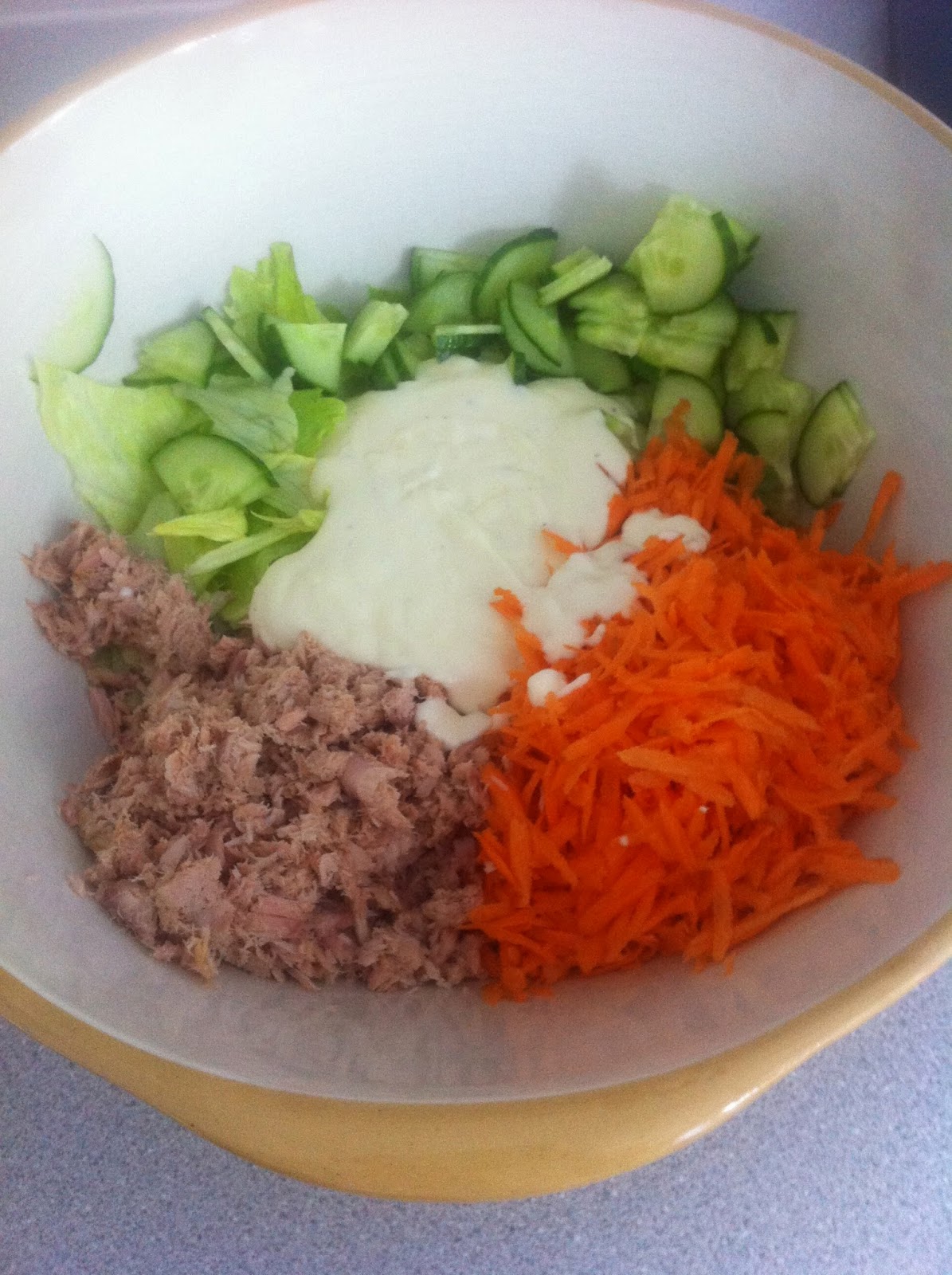 Salad. Lolz, no one ever says their favourite food of any description is salad, but with the ridiculous heat that there's been in England over the past month (in many other countries it's probably still classed as pretty cool but it's different for us okay), I've gone off of most foods, especially anything warm. Thus, salad is actually the perfect solution. It's cold and fresh and not too much. And it's heALTHY??!?!?!??! I know, it's crazy. But yeah, I have just been loving salad this month (let us all hope that this will continue and I'll end up with a great body by this time next year, hahahahahahhhh hhhh I can dream okay). Particularly tuna salad, I don't know, you can just make it and put it in the fridge for twenty minutes and it's nice and cold and just good. But haha, equally, I've been loving ice cream (even more than usual if that's even possible), so I think that balances things out rather nicely (sorry body). 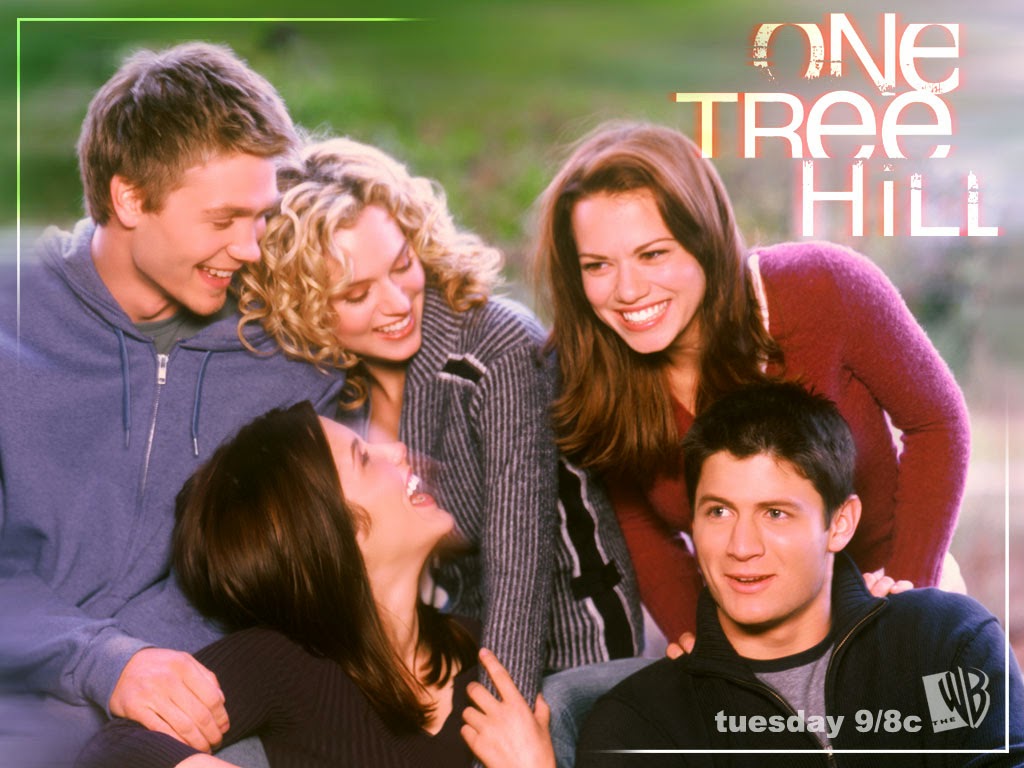 I've loved One Tree Hill for years, but I've been watching it a lot in this past month. Seasons 1-4 are the ones I've concentrated on the most as I really loved it when they were all still at school and young. The reason I first started watching the show was Chad Michael Murray (let's be real lolz), and he's essentially the main character in the first few seasons and so these ones are pretty great if you're a fan of him. It's a show that I'll always go back to, kind of like friends; you can just watch the same episodes over and over even though you know exactly what happens. 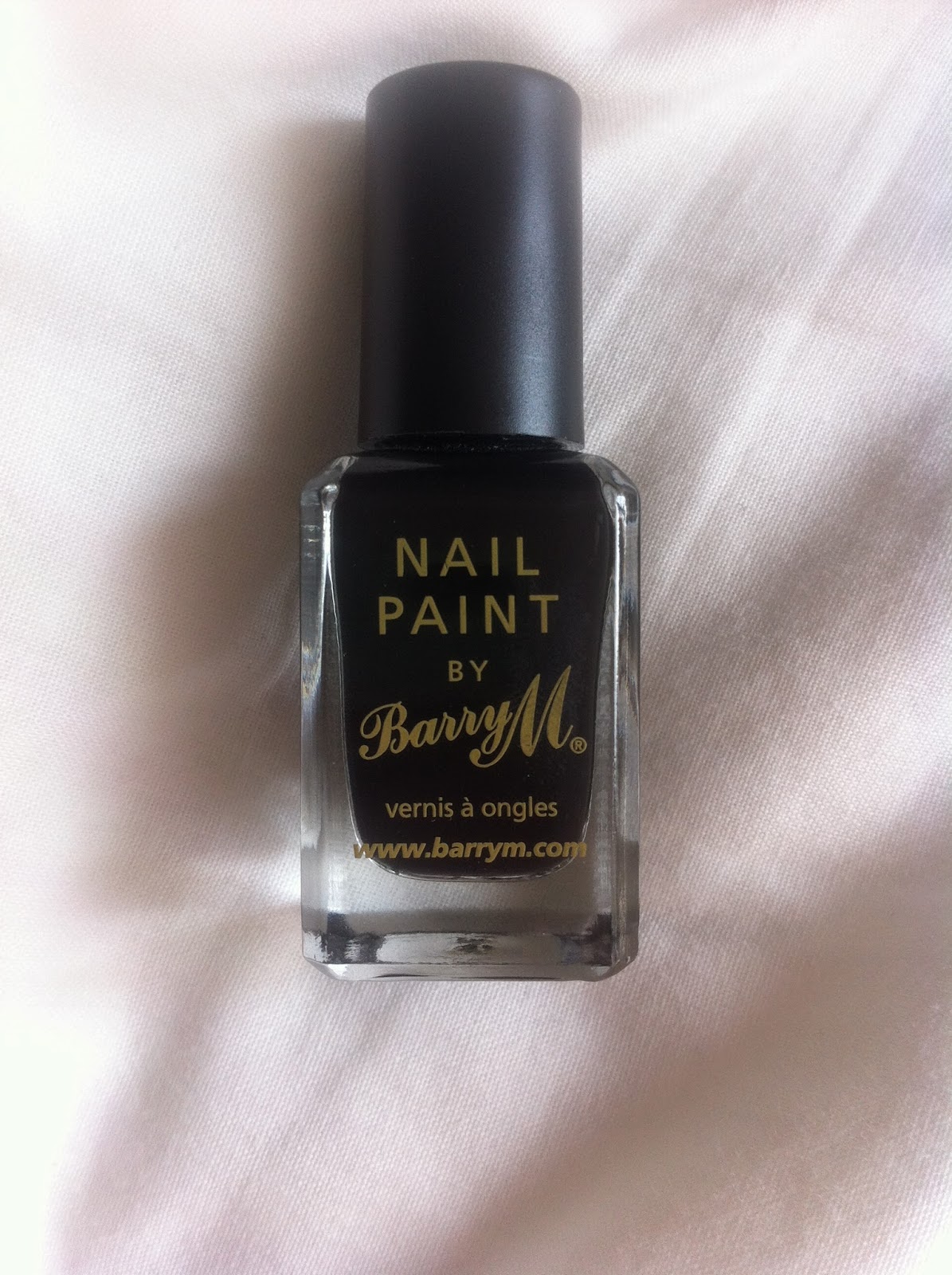 It's summer and yet I've barely worn yellow nail varnish so far?????? The nail varnish I've actually worn most this month is 'Black' from Barry M. I'm such a summer person hahah. Literally wore yellow through most of winter and yet now the colour would match the season I've put it away. I think black nails just always work; it's simple, it's classic and it matches everything. And this one's actually really good and for me lasts around a week before chipping massively, so it's one that's worth trying. 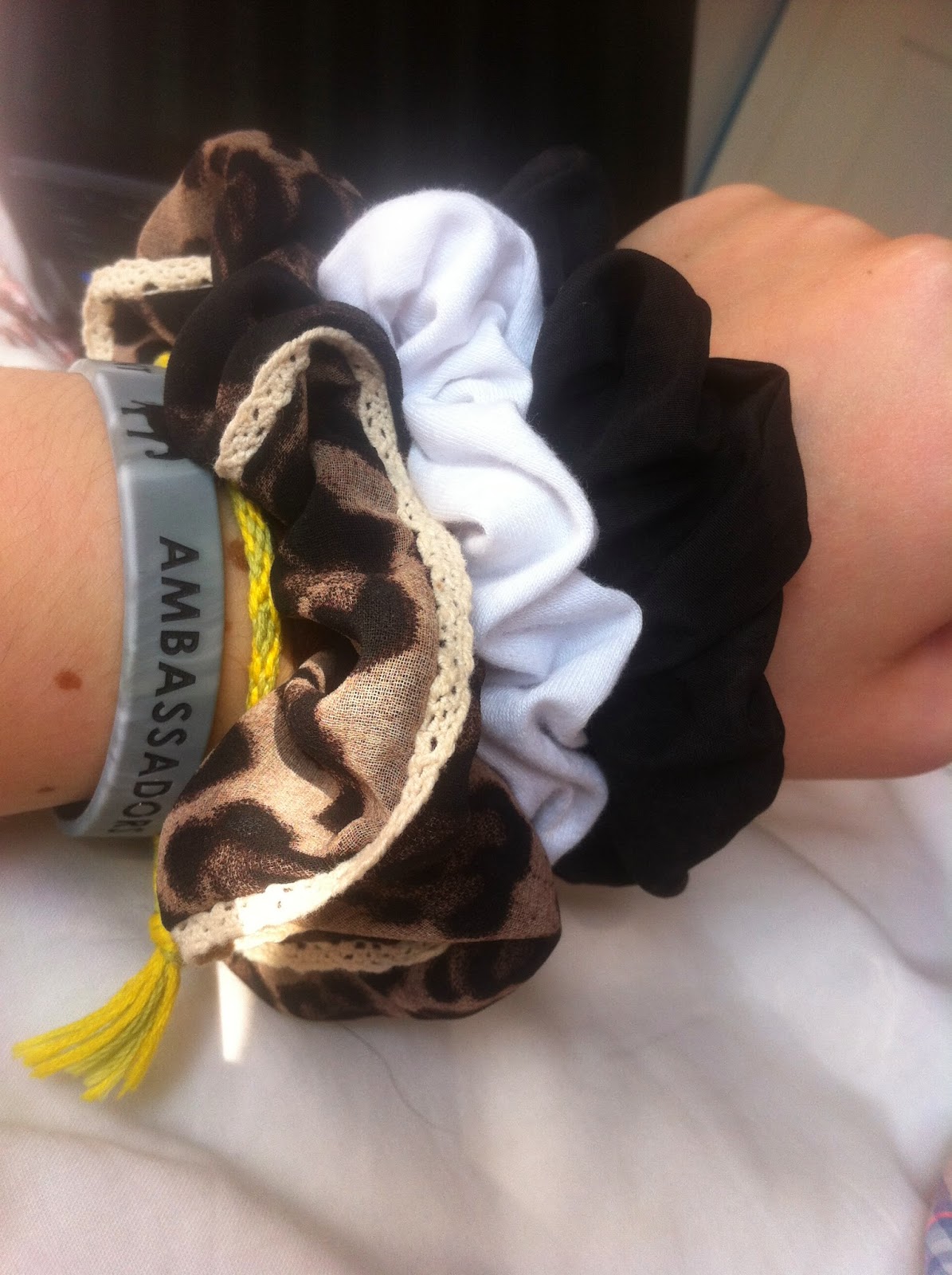 Scrunchiesssssss. I've loved them since I was about two and my hair got long enough for my mum to put them in. They're just cute and girly and kind of a little bit quirky. They're perfect for summer; I can wear pink, white and patterned ones without them looking completely out of place, and of course black works great all year round. They've been particularly handy this month as I have a lotttt of hair, so when it's hot I don't really want it heating up my neck/back anymore; and plain hair bands are kind of boring so scrunchies are what it's all about. Whack it up and keep it cute. Cool. 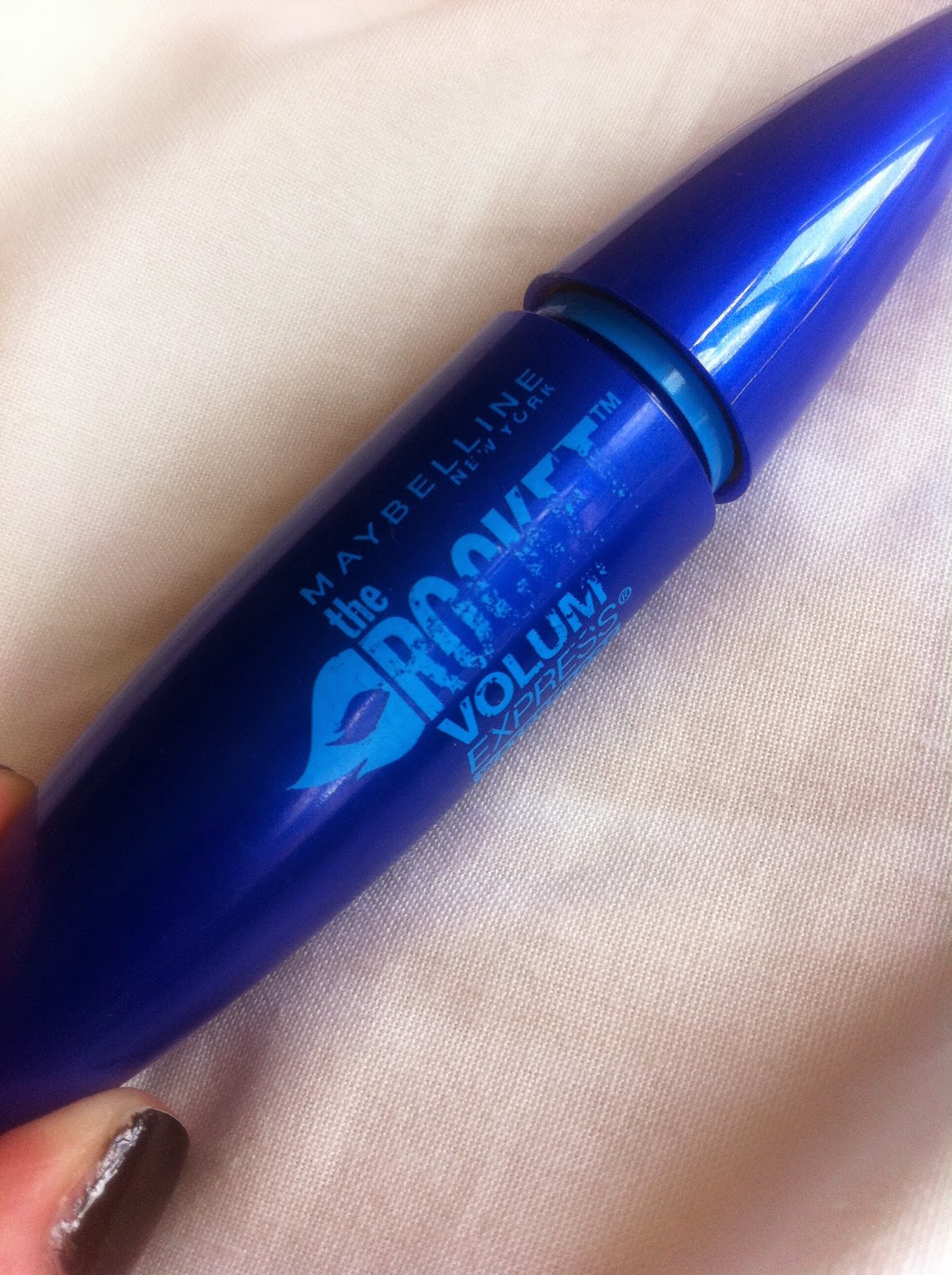 Maybelline the Rocket Volume Express Waterproof Mascara is goooooood pal. I initially bought this because I realised I didn't have a waterproof mascara at all and my friends invited me to see The Fault In Our Stars with them (if you've seen it or generally just have any clue what it's about then I feel you'll understand). My friend Chloe recommended it and I always trust her opinion when it comes to makeup; literally this stuff is like black, liquidised gold (but mascara). I'm so fussy about how my mascara looks and cannot stand clumpiness, and this applies soooooo well, meaning I don't have to make any effort to separate clumpy areas because there aren't any. Probably going to keep the brush even when it runs out/dries up. It's brilliant. You should probably own it.

Strawberries gaaaaaa. Nothing smells better than strawberries in July. Every year at this time, it's all about the strawberries. They taste great too, but for some reason I always find the scent even more appealing than the taste. It's a sweet scent, but not so sweet that it's sickening if that makes sense. I don't think it's a smell I can really tire of, basically because it's only really something I smell around this time of year when strawberries are in season. They never smell as nice in winter, so when summer comes round, the smell of strawberries is one of the few things I really look forward to. 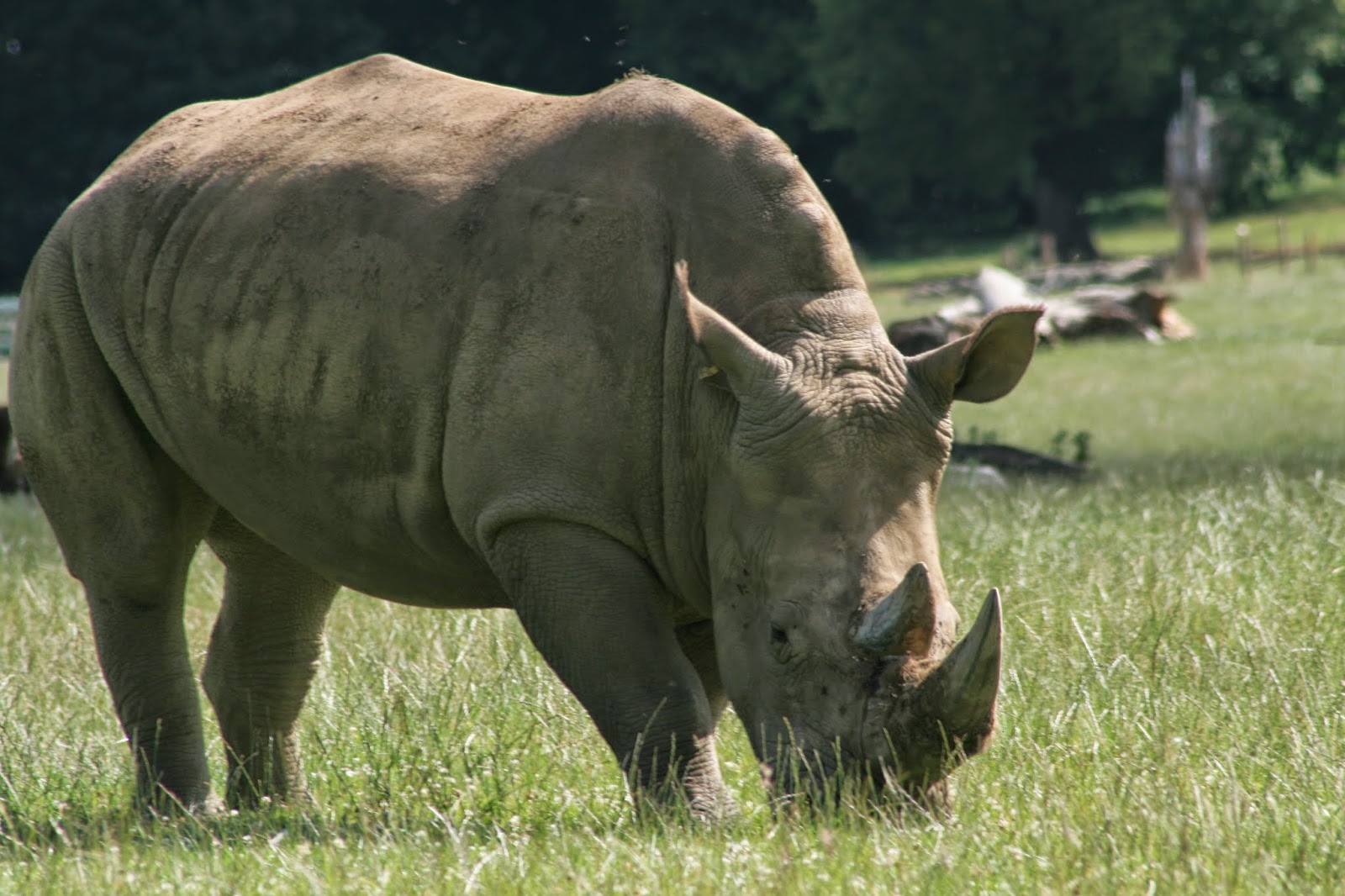 I went to Woburn Safari Park in Bedfordshire in the middle of the month and it was so nice. I was expecting the 'safari' part to be awful in all honesty. The idea of being stuck in a car in the heat, for an hour or two, practically at a standstill due to lots of other cars stopping and starting to take pictures and watch the animals was not appealing. However, we went the week before all the schools broke up, so it was actually really pleasant and there wasn't much traffic around the park at all. The section of the park that you could walk around was really nice too. Everything wasn't too close together, but equally wasn't miles away. They had a boating pond with pedalos, and a train that went around a section of the park; the place seemed pretty well thought out. And the atmosphere was just right. Would definitely recommend going there when the children are still at school, as that's honestly the best time if you're hoping for a fun but relaxed day.


Let me know your favourite things from July, I'd love to hear :)