Book review: The Unbearable Lightness of Being - Milan Kundera

I read a book that I don't have to read for my course omg revolutionary.

It was really good, I really liked it.

A few different people have recommended this online, so I thought I'd give it a go, and I enjoyed reading. Where I usually can't find the time to do 'recreational' reading, something I wanted to do thus year was make time, and so I managed to read Milan Kundera's The Unbearable Lightness of Being in just a week. I got gripped on the story line quite easily and just wanted to carry on reading. Have also found a really great section of the library that's usually pretty much empty and having somewhere nice to read always make me want to read more. 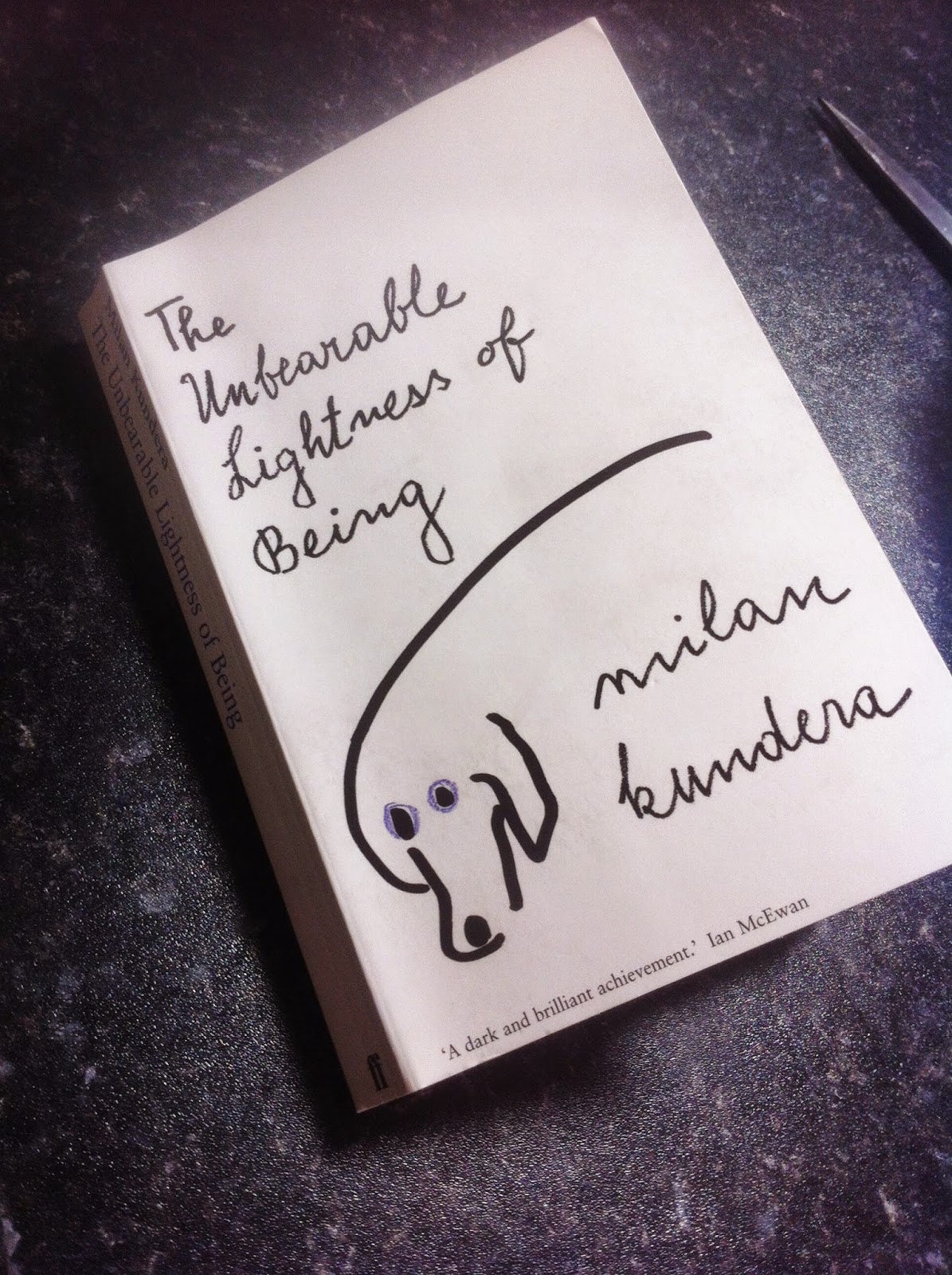 The plot follows the characters Tomas, Tereza, Sabina and Franz through their lives and unfolds all of the complications they face. It's kind of about love, but equally it's very ambivalent and isn't about love at all. Each character is very different but with tiny similarities that seem to help the novel flow.

Initially I didn't really like Sabina, but I came to find quite a few similarities between her and myself, and the same with Franz. With Sabina what made me dislike her was that she was knowingly sleeping with men who had partners, and she was doing it completely without remorse, and Franz because he was cheating on his wife. But there are certain things about each character that you learn as you get further into the book, as initially the focus is on Tomas and Tereza. However, soon Sabina and Franz's characters are explored much more within the text and I grew to really like the both of them. I think the disliking was just due to the way in which they were introduced to the texts, and first impressions are as important as people often say they are. But once you learn more, you've got a lot more to consider about the individuals.

Sabina wants to rebel, for the sake of herself rather than anything else. She wants to do what she wants and I feel the same; people always think that when someone is against something they have something against other people as well, but really it's kind of an inner struggle that nobody else will ever understand. And she wants to feel free, the same as me. I long to travel the world, and after I've been stuck in the same place for a while I always feel the need for movement, even if I'm only going twenty miles from where I started. It's nice to move, and this quote reminds me why: 'In the mind of a woman for whom no place is home the thought of an end to all flight is unbearable'.

And Franz is just a good person. I know the cheating on his wife bit doesn't sound good, but to be fair his wife is awful, and he ends up being honest with her about it and she's a total bitch about it anyway, so it's good riddance in the end. I just really relate to him, especially the line 'Franz's weakness is called goodness'. Because mine is too. And it's probably the worst kind of weakness you can get (I mean, obviously I have others but being nice is by far the one that causes me the most pain in the long run). His love of music is also, of course, something I'm very familiar with; 'He considered music a liberating force: it liberated him from loneliness, introversion, the dust of the library; it opened the door of his body and allowed his soul to step out into the world to make friends' is one of my favourite quotes. 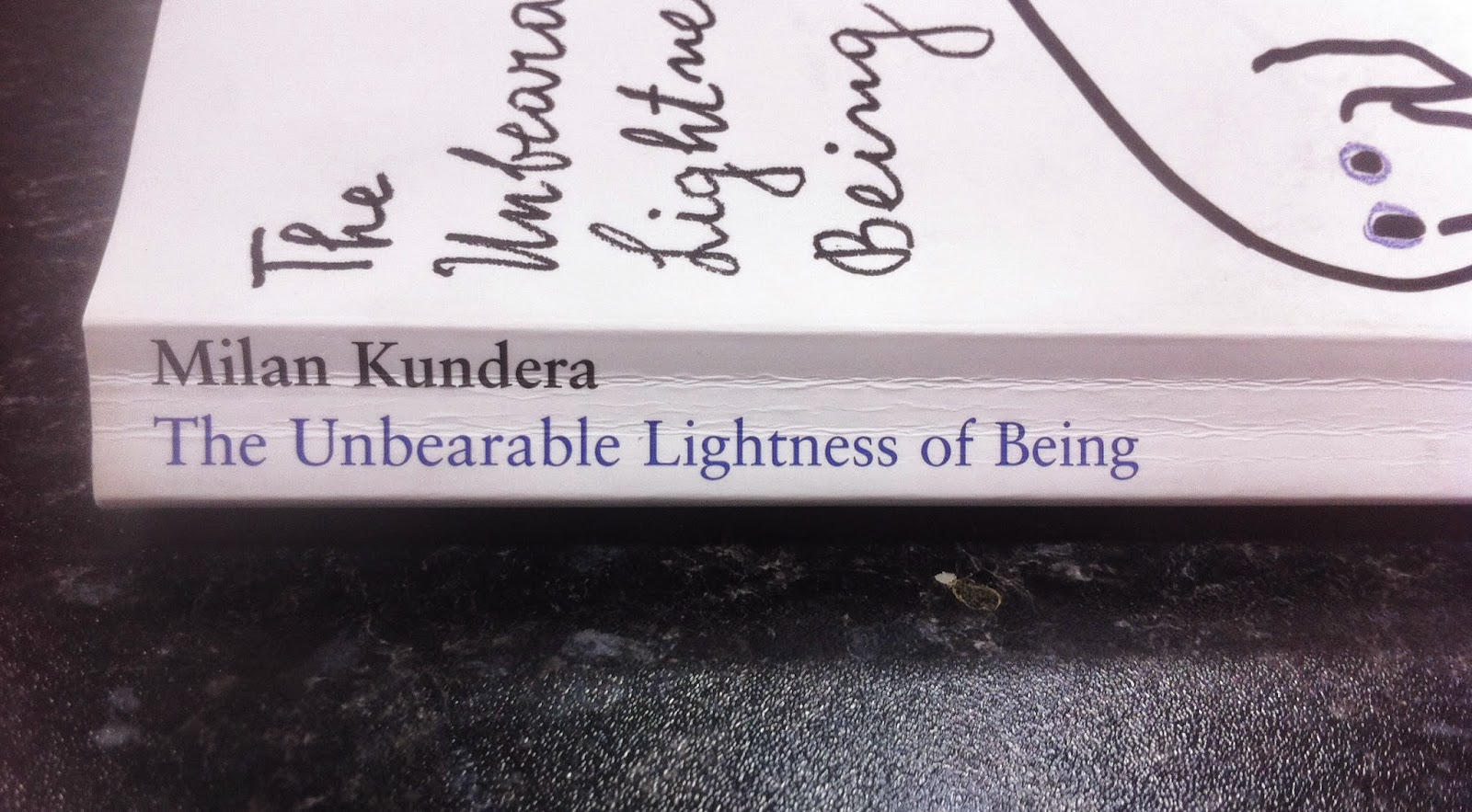 Some other quotes that I love from the novel are:

'He realized that not knowing what he wanted was actually quite natural.'

'We live everything as it comes, without warning.'

'She now knew there were conditions under which she could feel strong and fulfilled, and she longed to go off into the world and seek those conditions somewhere else.'

'In Tereza's eyes, books were the emblems of a secret brotherhood. For she had but a single weapon against the world of crudity surrounding her: the books'.

'But when the strong were too weak to hurt the weak, the weak had to be strong enough to leave.'

'The goals we pursue are always veiled ...The thing that gives our every move its meaning is always totally unknown to us.'

'Ideas can save lives.'

'We can be divided into four categories according to the kind of look we wish to live under... And finally there is the fourth category, the rarest, the category of people who live in the imaginary eyes of those who are not present. They are the dreamers.'

I would definitely recommend The Unbearable Lightness of Being, to anyone who cares about something, because I think overall that's the universal characteristic of the four protagonists. It's worth the read, and it's now one of my favourite books.