I thought I'd share some of my favourite things from this month with you, as it's been a few months since my last favourites post, and I figured I'd update you. Also, first favourites of the yeaaaaar woooooo. 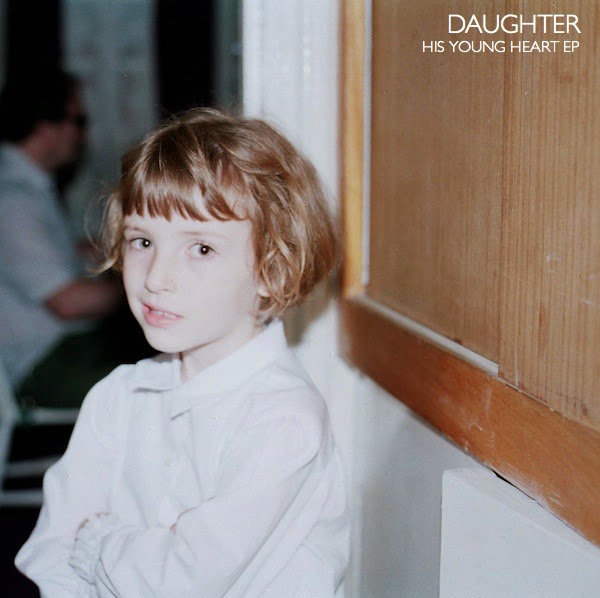 This song I have been listening to all month long, and thus instead of putting it as a song of the week, I thought it deserved to be put into a monthly favourites. It's so sad and so painstakingly beautiful. I think I've been feeling it a lot this month, I don't know, sometimes it's really easy to feel unwanted and it's always nice to have a song that reminds you how to feel and describes how you feel because otherwise it can become very easy to be left numb. It's just a really stunning song, and I'd recommend having a listen to it here.


Book: The Unbearable Lightness of Being 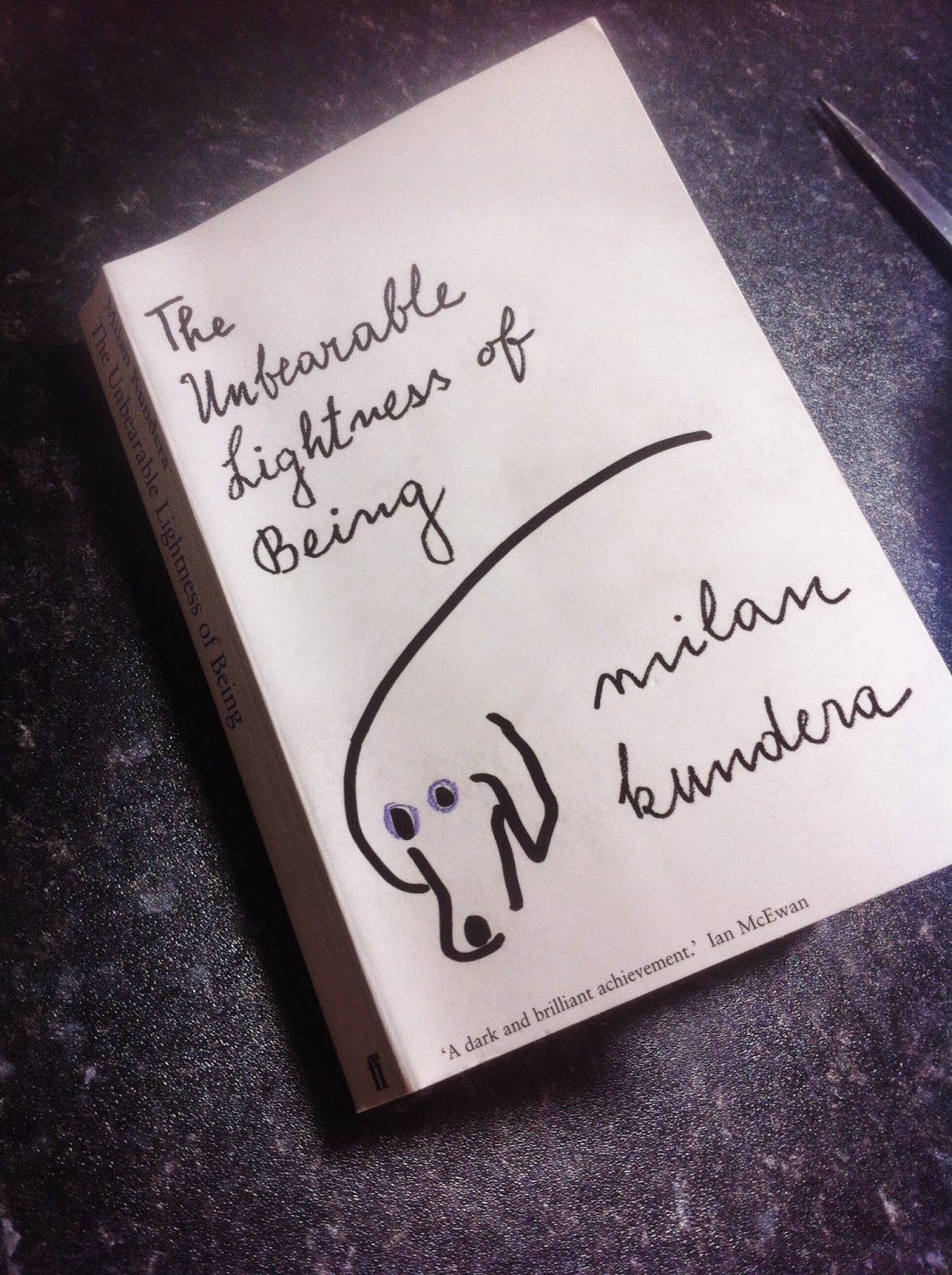 I read The Unbearable Lightness of Being at the end of January/beginning of February and I fell in love with it. The plot was interesting and covered a lot of different areas, like politics, infidelity, and so much more, but I think it was the characters that won me over. I did a book review on it earlier in the month which is linked at the book's title, so check that out if you're interested in a few more of my thoughts on it.

(have also been loving this book (it's life changing)) 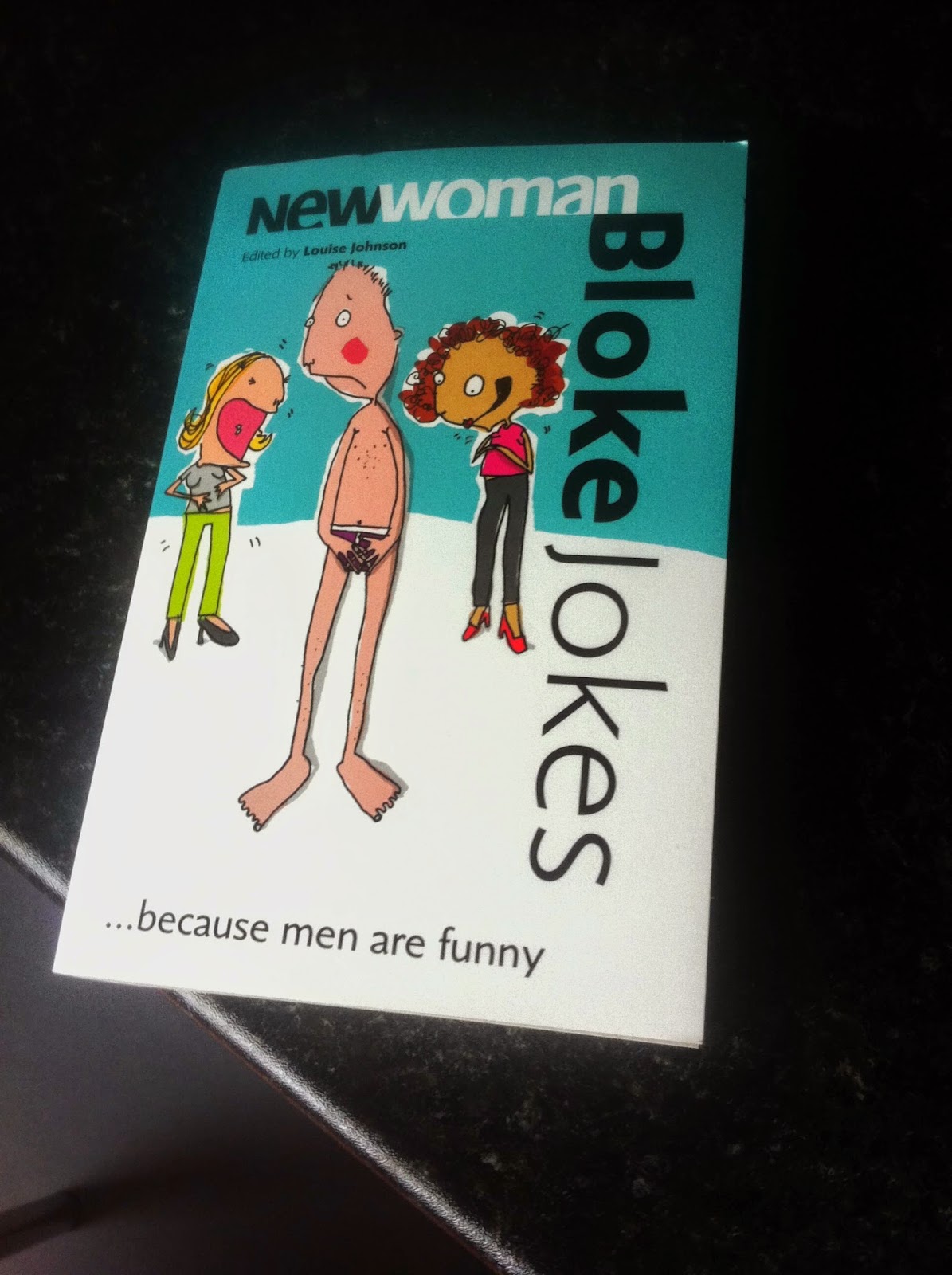 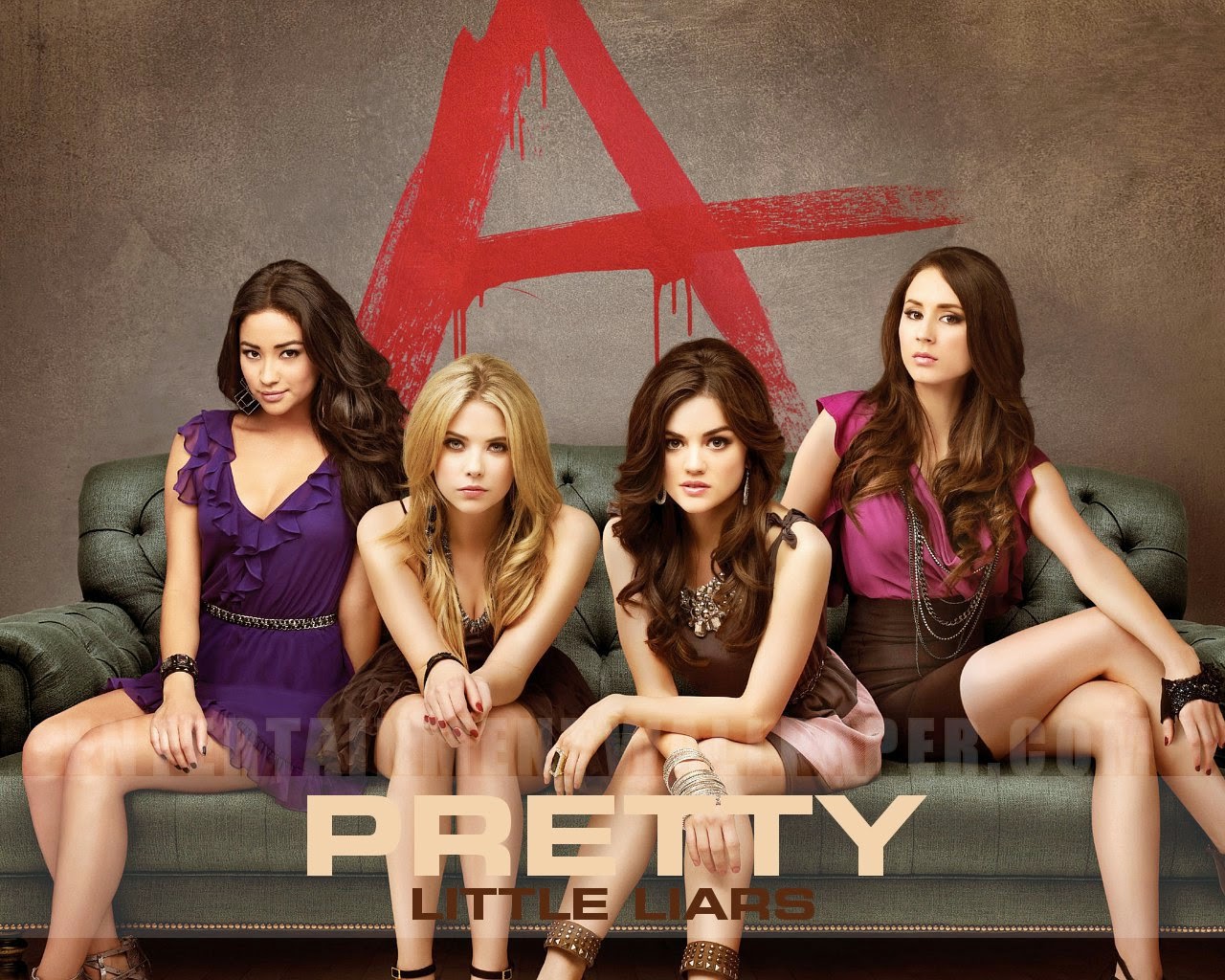 I literally started watching Pretty Little Liars at the beginning of the month and I've already managed to get through three seasons. I remember watching a few episodes when it first came out, but I never used to really care about any TV programme that wasn't One Tree Hill (ya feel me). But I'm kind of addicted. I mean, a lot of it is kind of meh, but there's something I really like about it, although I'm not entirely sure what it is. But yeah, kind of can't really stop watching it. 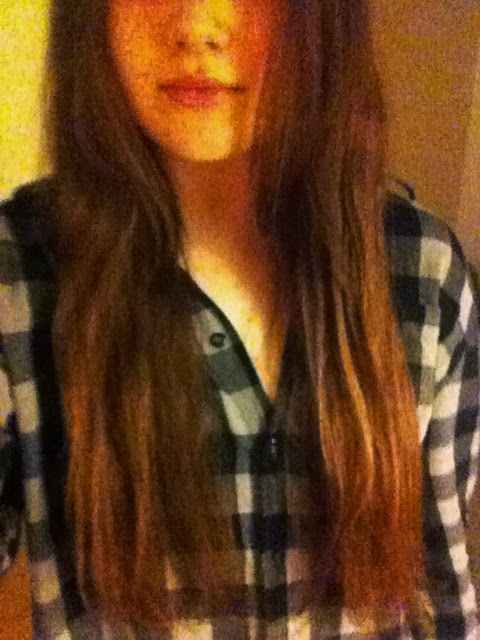 I love how my hair looks when it's straight, but it takes so much time and effort to straighten it and it sucks. But, this month I've been persevering and I've had my hair straight for almost the whole month (although it likes to go wavy/curly throughout each day, but that's kind of out of my control). I feel like it kind of makes my face look nicer??? I don't know, or maybe I look a bit older with it straight? I mean, I like that sometimes the curls combined with the length make me look a little younger (well, not younger, just closer to my actual age), but I just feel better when it's straight. Although, saying that, I have noticed I've gotten a lot more unwanted (isn't it all lol) male attention when wearing my hair straight, so that kind of makes me want to leave it curly, ugh. But still, like, I wanna don a bold lip, put on a leather jacket and go take over the world like some sort of badass. I mean, I don't really know how having straight hair can make me feel like that, but it just does. And it's really annoying because up until about the age of 11/12 my hair was naturally straight, thus I'm wishing it was still so, and hadn't taken it's curly course. Oh well. I'll struggle on applying the heat. 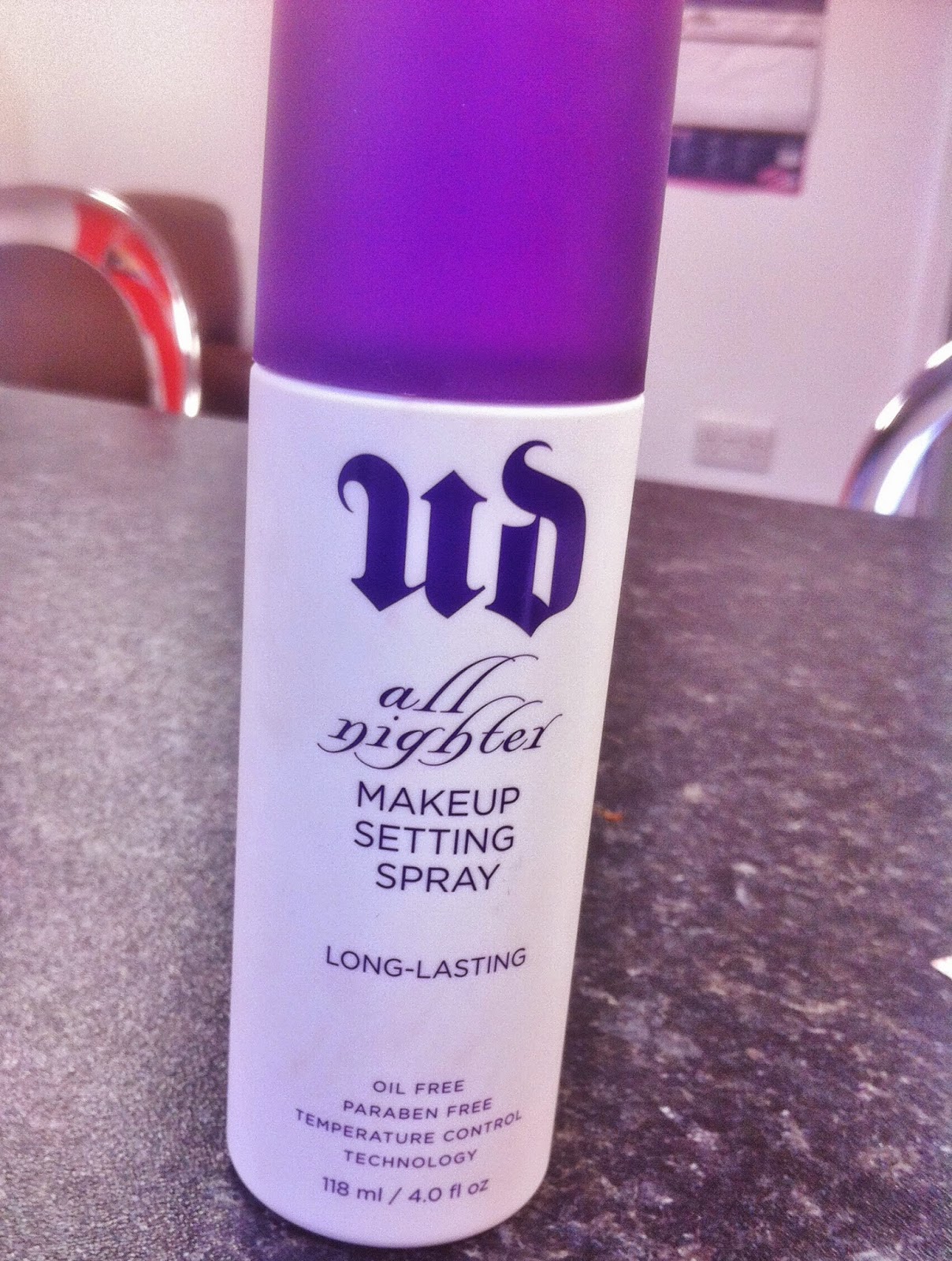 If you use this stuff then you're probably winning at life because your makeup will was stay flawless and you will rule the world. True story. Tried and tested: it's brilliant. If you haven't used it or don't own it then you need to because your life will improve by a solid 30%: guaranteed. It's just so good at keeping makeup in place, I honestly cannot fault it one bit. Long nights out, or even just long days (or both): completely covered. When I've sprayed it across my face I like to just pat down on my nose, the centre of my forehead and my chin, just so that it definitely sets in (those are the areas of my face that tend to become oilier throughout the day). I suppose it's on the more pricey side, falling into the higher-end makeup brands, but a £20 bottle will last you well, and the quality is more than worth the price (I think anyway (also been loving the Naked 2 palette, which I gave in and bought in December, but I feel like eyeshadow's all I ever talk about haha)). 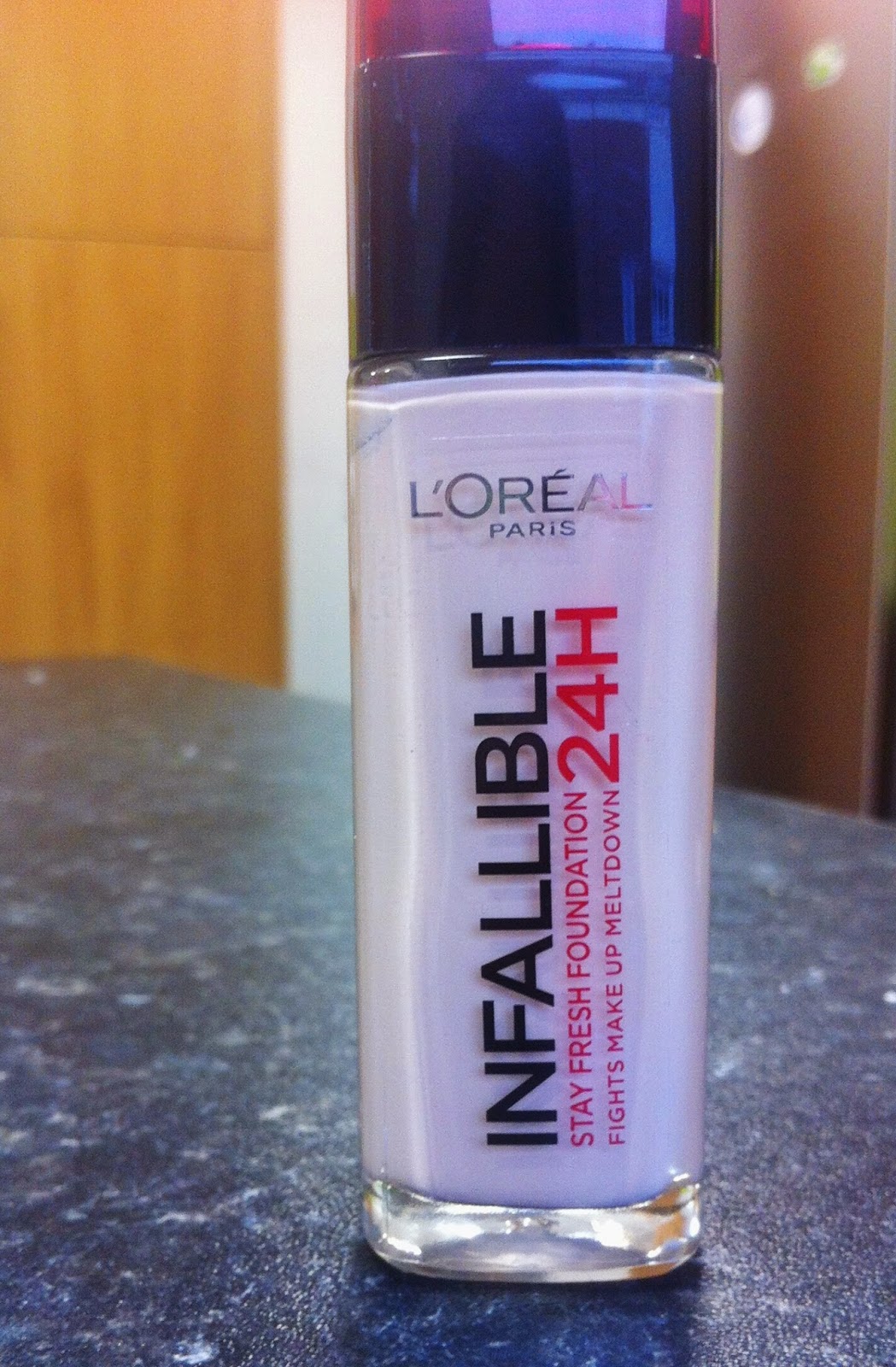 Initially bought this about three shades too dark because I didn't have enough hands to test it so I just compared it to the foundation I usually wear and it seemed only the tiniest bit darker. Lol. Of course, I needed the lightest shade, so I went back and bought it a few days later (will save the darker shade to mix in when summer comes around). I really love the way this looks on the skin though and so even though it was too dark to begin with it still looked pretty great. I've found that it isn't at all dewy on me, and kind of borders a little close to being drying, but I think that's more dependent on the weather/environments I've been in whilst wearing it. But I like that it seems more matte than my usual Rimmel Lasting Finish Foundation, which gives much more of a dewy look. The coverage is pretty impressive, and so I haven't actually worn it that many times, just because it seems to do so much (which is great of course, but personally I don't go for the full makeup look everyday (or even most days)). Would definitely recommend trying it out though. 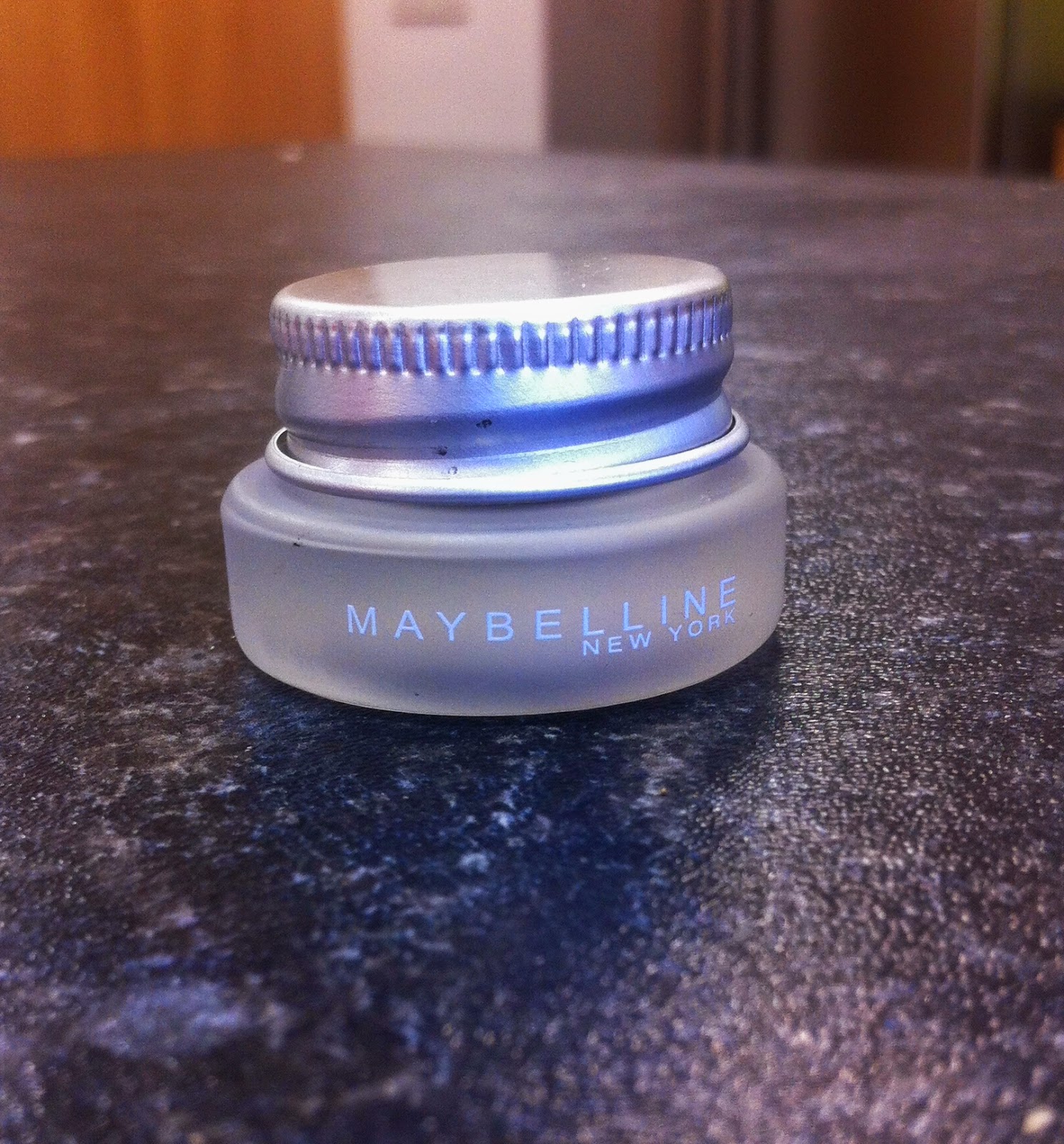 I think I actually bought this back in December, but my two best friends both recommended it, and I'm pretty sure Maybelline had a 3 for 2 offer on at the time, so I thought I'd give it a whirl and I love it. I usually just go for the basic, felt-tip-like eyeliners, as they've always seemed the easiest to me, and at first this one was a little difficult for me and my ever-shaking hands, but I've gotten used to it and I don't really want to use any other eyeliner anymore. It is only a tiny pot, but it lasts well as you only need a little at a time, and I find the fact that it's a gel liner really useful, as it just glides on, something that I felt Rimmel's Scandaleyes eyeliner, which I'd been using before, hadn't done so well. I think it was about £8.00 (or like £7.99 or w/e), so it's pretty good value for the quality. 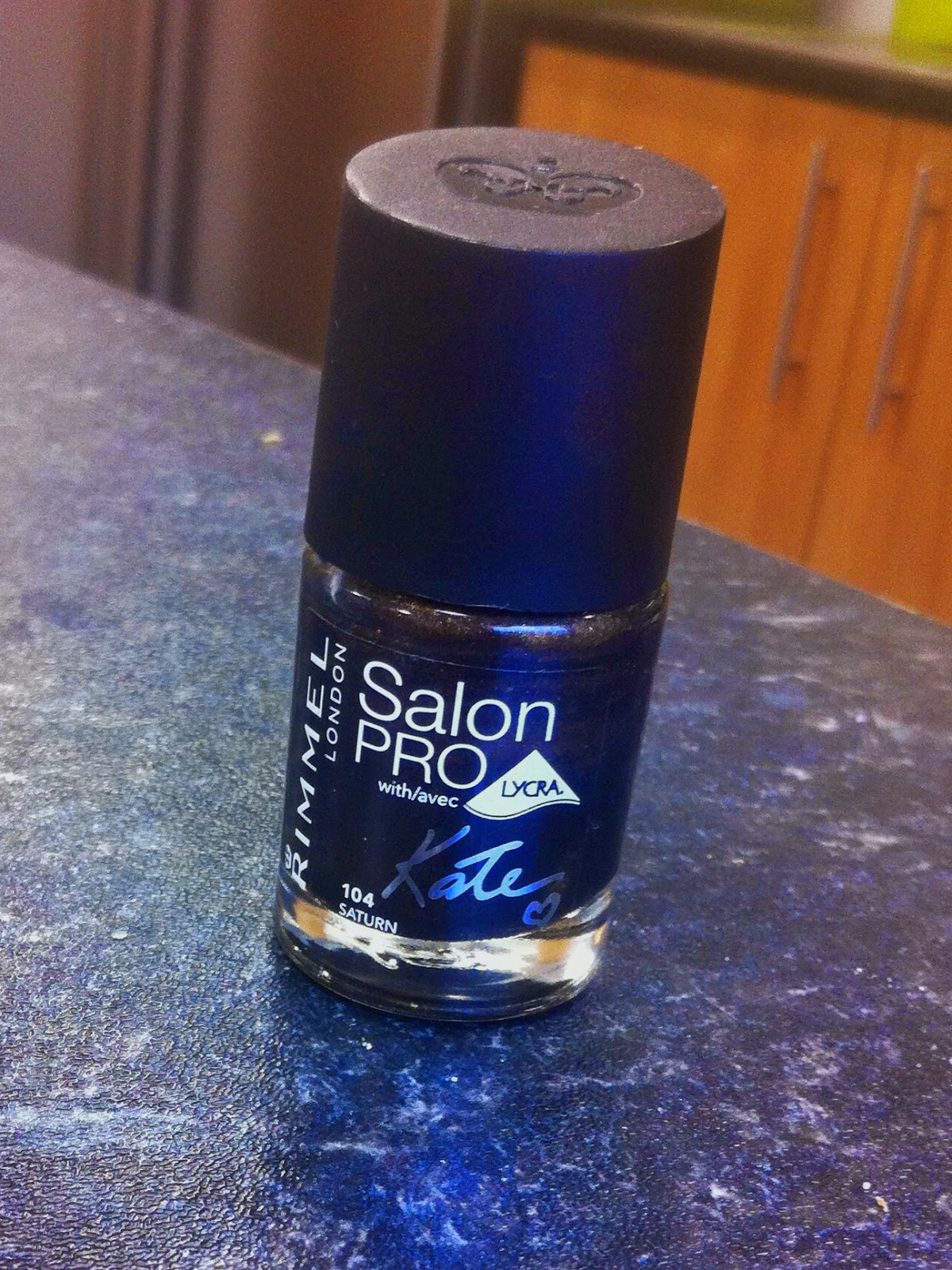 This is such a pretty, shimmery shade, and it's dark without being practically black, which is the colour I tend to wear on my nails. I love this nail varnish, it's the most gorgeous deep, bronze shade and it lasts so well, without even bothering with a top coat, so I have to say I'm pretty impressed. I think I bought this a few months ago too, when Rimmel had some sort of offer on, and I just think it was so worth it. It was £4.49 in Boots, so about the same price you'd pay for any Barry M nail varnish, which is usually my preferred brand. I really like the name of the colour as well, and I think it fits it so well; the other names of the varnishes in this collection are all so nice too, and it makes me kind of sad that Kate's lipsticks are only defined by number rather than having cute names (lol what it my life). But yeah, you probably kind of need this stuff in your life.


Sooooo, yeah. Those are my favourite things from this month. Another favourite that I'll probably want to add on is The Script, who I'm going to see tonight with Chloe, and I can waiiiiit. Literally, such a great band.