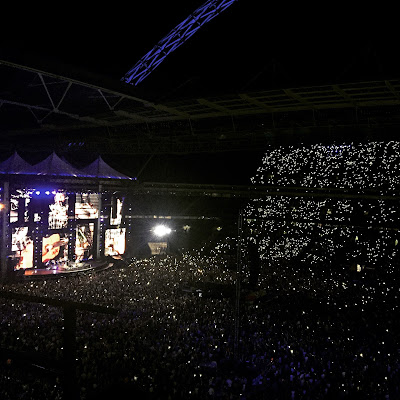 After seeing Ed Sheeran in Birmingham back in October, we loved the thought of seeing him again. So, as a surprise birthday present for Chloe, Charlie and I bought tickets for one of Ed's Wembley shows and have been dying to tell her about it for about eight months. And it finally happened yay.

We went to the first of the shows on Friday, and the atmosphere was so wonderful, just like the last time we saw him. 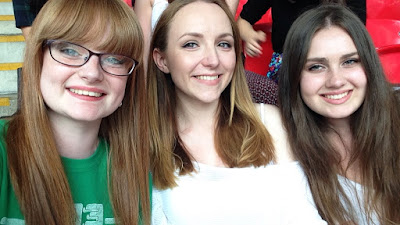 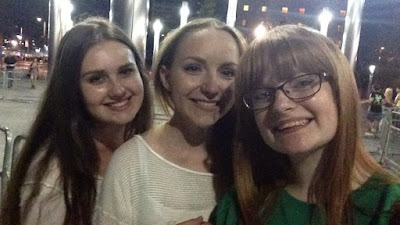 Foy Vance was cool (coolest moustache evaaaaa), I liked the folk sound and he was nice to listen too. One Republic were great (can't believe they didn't play I Lived (my favourite) but what can ya do), I loved that they did Stop and Stare and Apologise, as I can remember them from years ago when they came out. Counting Stars was amazing too. 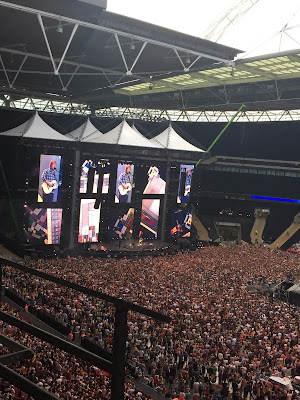 Can I just give massive props to Ed though; he is the first solo performer to headline at Wembley - all on his own. How amazing is that. And he sold out three consecutive nights. Incredible. There are no limitations for what this man can do, and I can't wait to watch him continue to succeed, and continue to strive for more. 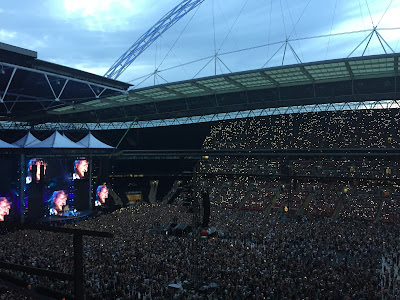 The show was outstanding. Very few performers can deliver such high quality music live, especially with the added pressure of a sold out show in a massive stadium.

Photograph, Tenerife Sea, Give Me Love, and Afire Love were my favourite of the songs he played. They were just stunning. Elton John's accompaniment in Afire Love just added to the beauty of the song, and it was more emotive than ever.

Elton John in general was pretty great. It was so unexpected, but everyone loved it. Don't Go Breaking My Heart was such a happy moment, and I'm so glad they played that song. 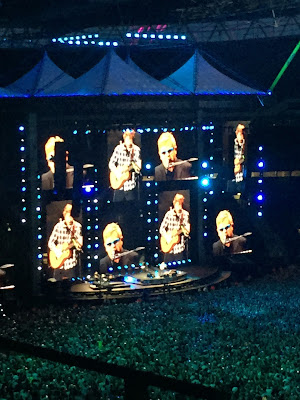 I loved I Was Made To Love Her too (Stevie Wonder is one of my favourite artists); I really liked how he added his own flare to it but didn't really change the song too much.

The A Team felt really special. I guess it's because it was the song that really got the ball rolling for Ed's career. It showed the progression. It makes me feel like he's in the music industry for all the right reasons. 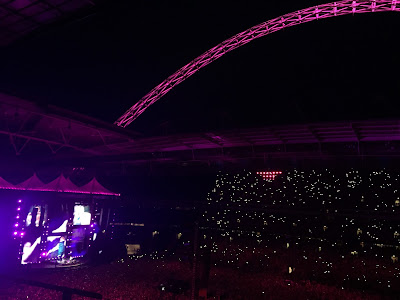 I love that he still seems like the same person he was a few years ago, despite everything. He just makes music and plays it. A lot of other artists seem to expect more; they want the celebrity lifestyle and the attention, but Ed genuinely seems to just want to play his music for anyone who will listen, just like when he first started out. What could be better.