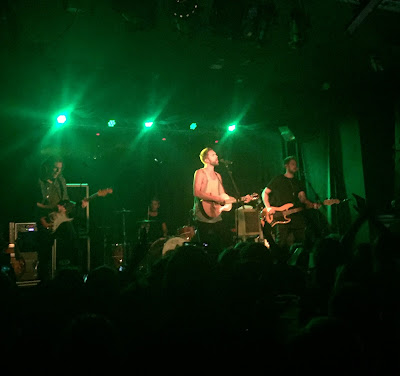 On Monday night I went to see one of my favourite bands and it was wonderful.

After just over two years since I saw them on their last full UK tour, Lawson were back in Birmingham, playing O2 academy 2. It felt so lovely to be there and see them again playing new songs, as well as some of the classics that first made me fall in love with their music. 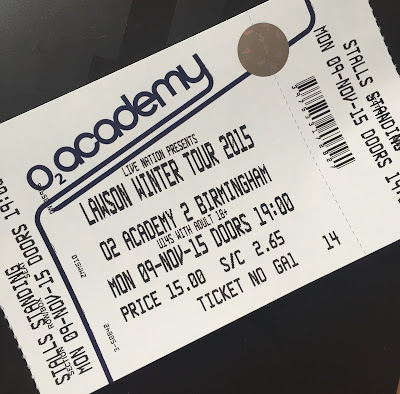 I really liked Fullshore, a local band who played a little acoustic set to start the evening off. They had a really nice sound and I've checked out some of their stuff of youtube since, and I'm really into it.

Lawson were great, of course. I loved hearing the new songs from their most recent EP, especially We Are Kings, as I think everyone really got involved. I also thought Mountains sounded incredible.

Andy and Joel's acoustic of Taking Over Me was stunning, it's one of my favourite songs of their's and I probably listen to the acoustic audio more than the original anyway, so hearing it live and stripped back was lovely. Also, Andy playing Everywhere You Go was such a beautiful moment, another song I adore. 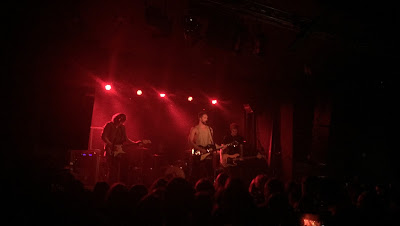 I loved their cover of Jess Glynne's Hold My Hand; it felt wonderful and sounded so special, and I wish I could experience that again and again. The best cover I've heard of that song, and it really brought everyone together.

When She Was Mine sounded as on point as ever and brought everyone right back to the start, as it was the band's first ever single. Hearing Make It Happen live again was brilliant, as it always feels so motivational. Also, I have to mention that Joel is honestly the best guitarist I've ever heard; any song is made ten times better with a guitar solo, even if it's only a couple of bars long. 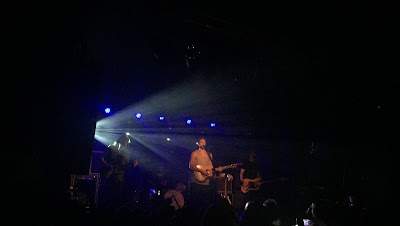 And of course, they ended things off with Standing in the Dark, a song that I will never stop wanting to hear live. It feels so special and being in a room filled with people all singing the lyrics to that song is something really quite magical. I can't wait to experience it again soon.

I would highly recommend grabbing a ticket to one of the shows on Lawson's winter tour if they haven't yet played a venue near you.

Still one of the best live bands I've ever heard.