Why I love live music 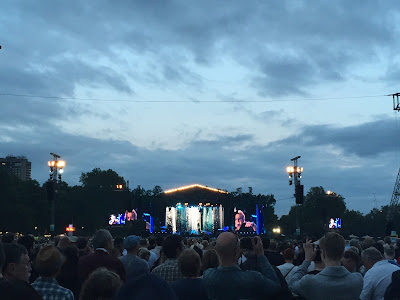 I generally go to a gig or two each month, and in the gaps between I really miss being at a show. It's actually been a couple of months since my last gig (which is sad), but I'm back at it this month, with two shows (it was meant to be three but unfortunately Nickelback had to cancel), and so I thought I'd share the main reasons why I love live music.

1. It feels great and it usually sounds great too - I love hearing songs I've listened to for a long time live, because it just feels so much more raw and real. You can hear even more expression in a singers voice, the bass is clearer than ever, and you just feel everything. 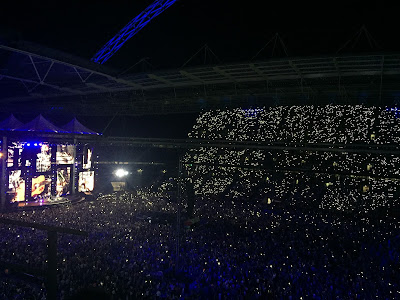 2. It kind of tests how good the band/artist you're seeing actually is - sometimes this can be a disappointing thing, but far more often than not they sound even better live than on studio recordings. You can see a band interacting with each other, bouncing off each others' energy, and know that they're all enjoying what they're playing, and the less serious they are, usually the better it sounds overall. 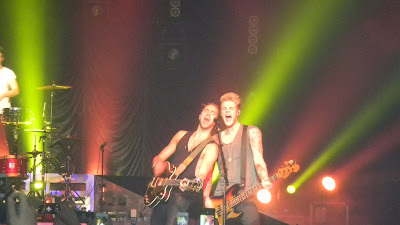 3. Everyone is involved and there are so many different people all coming together with a common interest - it's so nice to see how diverse a crowd can be at a show. Given, there are certain gigs I've been too that have been very teenage girl heavy, or full of (somewhat creepy) older men. But especially at shows like Ed Sheeran and Taylor Swift, as well as many others, you see people of all ages, from all walks of nice. And it's nice to know you share something in common with all of them. 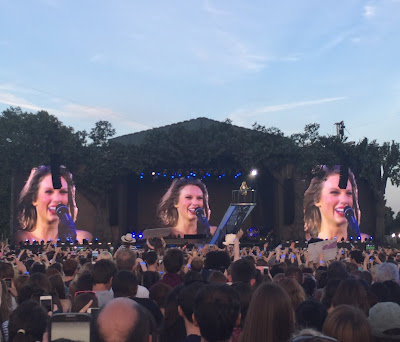 4. It's fun, especially if you're going with friends (although it's still fun on your own) - the whole point of going to a gig is to have a good time. For me it's also usually a social thing; I'll go with a friend or a group of friends, we'll hang out before and get dinner, and we'll go to the show. It's a nice way to catch up with people and to connect with them. 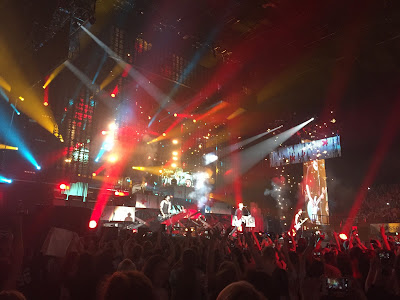 5. You can just live in the moment and forget about everything else you've got going on for an evening and just feel the music and nothing else - the ultimate reason. I love going into a huge room, filled with people with all kinds of things going on outside, but when they're in the room they're just feeling the music, and although maybe the problems on the outside are still in your mind as you sing the lyrics back, they feel like a weight off your chest, especially knowing how many other people are singing along beside you. 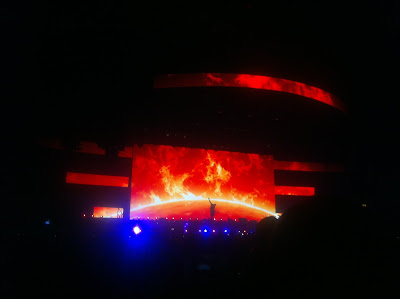 One of my favourite quotes is from Dave Grohl:
'That's one of the great things about music. You can sing a song to 85,000 people and they'll sing it back for 85,000 different reasons.'