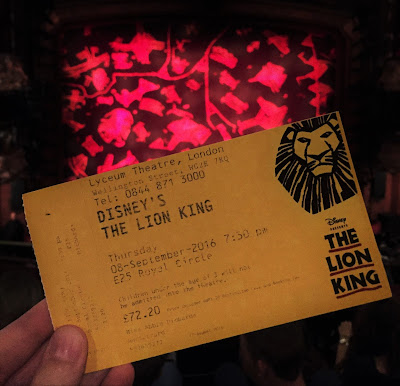 On Thursday I took my best friend, Charlie, to London for a day of sun and song (and food), to celebrate her upcoming 21st birthday before we're back and busy at uni. 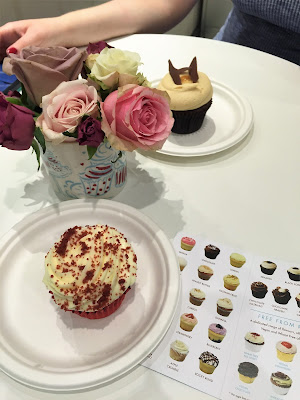 We arrived in London at around lunchtime, but knowing we would be having dinner fairly early in the evening, we didn't have a big lunch. Instead, we opted to head to cc Selfridges, and have a cupcake each at Lola's Cupcakes. Charlie went for salted caramel and I had red velvet. 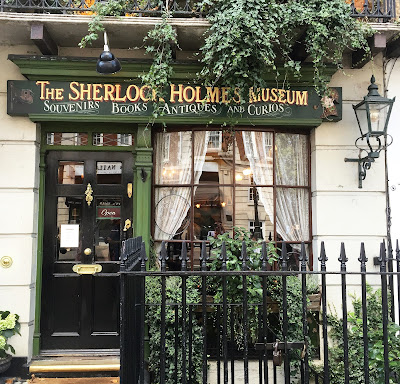 We didn't really have a plan or schedule for the afternoon, so decided to do a few touristy bits. First we went along to Baker Street to see Sherlock Holmes' house; only from the outside however, but I'm sure we'll go back to have a tour around the inside at some point. We then headed off to King's Cross to find Platform 9 3/4, which we did not realise was a full on tourist attraction, with a shop and a photographer. 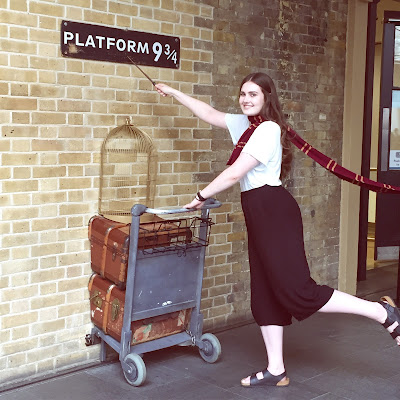 We were there for a while before going on a wander around, then going towards Trafalgar Square. It was a very warm day, so the breeze next to the fountains was ever so refreshing. We had a nice sit down and relaxed for a little while before moving on.

Following on from that we sauntered off to Covent Garden, where we caught a street performer, before heading off round the corner to dinner. We went to one of our favourite restaurants, Fire and Stone. We discovered the place back when there was one in Oxford several years ago, which sadly closed down. But now, every other time we come to London we have to go. They do the most wonderful pizzas, and also accept tastecards, giving you 50% off of your food. The food was delicious, I have a Melbourne pizza, one of my favourites. 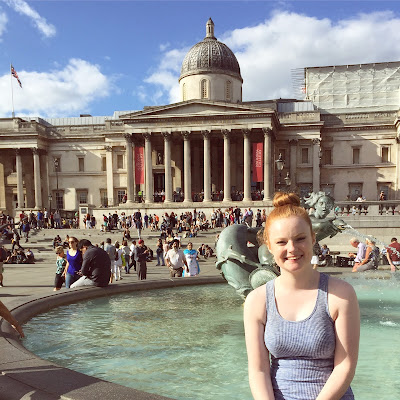 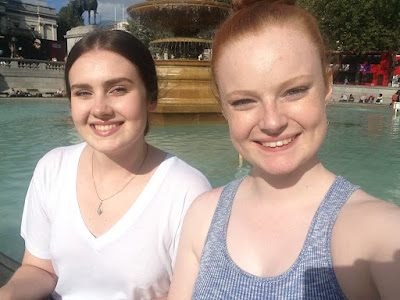 After dinner we made our way to the Lyceum Theatre, which was just down the road, to see The Lion King. We'd both heard brilliant things about the production, but nothing could have prepared us for how utterly phenomenal it was. From the moment it began to the second it finished, we were amazed. The costumes, the music, the stage production. It was incredible. If you're thinking of seeing a musical next time you're in London, you should without a doubt see this one.

All in all it was the loveliest day, and a wonderful way to celebrate Charlie's birthday.