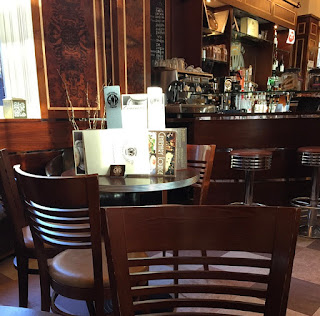 I'm someone who's scared to set goals and aim for things due to a fear of disappointment or discontent.

And it probably sounds stupid.

I've thought about bucket lists so many times, but I can't write one out without tearing it up because I don't think I'll ever manage to do anything on it. And even though, in a lifetime, I'm sure the goals I'd write down would be realistic, I can't look at a list of things I hope for without feeling discontent and thinking about the inevitable disappointment it may cause me.

I don't know if I just think I don't deserve nice things, so thinking about nice things I'd like to do feels wrong to me, or quite what. Even if I tried writing out career goals, it would be impossible, because not only am I unaware as to what I wish to do with my life, even if I did have an idea, things would be unlikely to go to plan.

But at the same time, every single day I write myself a to-do list, and make sure that by the end of the day I have accomplished either all, or almost all, of those tasks. And it's made me think recently, am I too focused on the here and now to even attempt to plan for the future?

With to-do lists, I plan in both things I need to do and things I'd like to do, so it can't be just about not wanting nice things for myself. I think, ultimately, it must be down to the fact that I can't control my future situation, and because I don't know what situation that will be, I'm reluctant to think about anything I might be able to plan around it.

I think that's my really long winded way of saying that if I don't know where I'm going to be, what I'm going to be doing, and what my means will be, how can I try to plan things that I'll definitely be able to do?

Bucket lists certainly aren't about making your goals as realistic as possible, but there's something within me, that I'm trying to push out, that will only let me think realistically about my future as a whole.

Now, I think that, day by day, or week by week, I'm going to start trying to write a bucket list, of things that I'd like to do, without think about what position I'll be in when I might get round to doing them. Because if I'm not setting goals, and at least trying to plan things that make me excited to be alive, then what's the point?

The excitement for what may happen needs to be stronger than the fear of disappointment. And that's how I'm going to try to start living.