The Book of Memory: review 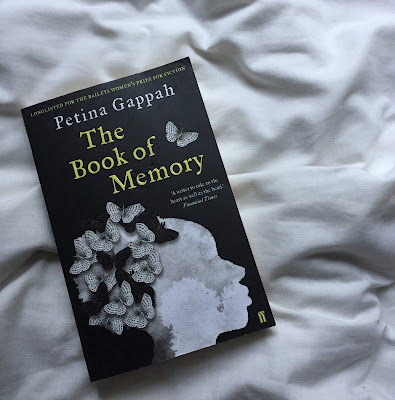 The Book of Memory by Petina Gappah is one of the texts on my Last Year's Novel module, and it's by far one of my favourites.

The book follows the story of Memory, who is in prison in Zimbabwe. She gives her own account of a number of events that have occurred in her life, from childhood to present, as well as giving an insight into her life in prison. From the beginning of the text it is made clear to us that Memory believes she was sold as a child, and as a result a large amount of the text circles around this idea. We see into her perceptions of her parents as well as the man who 'buys' her, who she believes, in the end, she actually quite liked.

I don't think I've ever read a text based specifically in Zimbabwe before, so that drew me into the book initially. There are fairly vague references made to the politics of the country, however the narrative is essentially made up, with an ending that has never taken place in Zimbabwe, but acts as more of an idealisation. There are also a number of instances where the characters are explicitly speaking in Shona, and as a result English speaking/reading readers are unable to know what is actually being said. I found this really interesting and I did wonder why Gappah decided to do this, as it's understood that whenever any of the characters are talking, for the most part it's in Shona, and yet for the most part their speech is still written in English within the novel.

I found it interesting that in the acknowledgements Gappah expresses that she was keen to actually visit the prison that she describes within the text, however was only to be allowed access if she would not write about what she saw there. As a result, the depiction of the prison is based purely on records and the author's imagination, but she paints a very bleak picture, which comes across as notably realistic. It also seems to go to show that the somewhat ideal ending of the book clearly hasn't occurred, as the government of the country wouldn't even allow the prison to be accurately depicted in a novel.

Memory as a character is one that I liked, for the most part. At times she seems perhaps more judgemental than necessary, and a bit snobbish, as Lloyd, the man she lived with, made sure she had an excellent education and even sent her to Cambridge. As a result, her writing and the way she sees things in Zimbabwe certainly seem to reflect that she's better educated than the people she's around, particularly in the prison. As a reader, I did have to question her reliability throughout, as in the majority of the text she is fixated on one particular aspect of her history that isn't even true. However, after finding out the actuality of her past, taking a second look at the book, everything she has previously described makes a lot more sense and there's a certain clarity that appears.

Overall, I really enjoyed reading this text. I got through it very quickly and it was a complete page turner. Being able to piece together the truths of a story is something I revel in, and this is a great one for that. I would highly recommend this text.