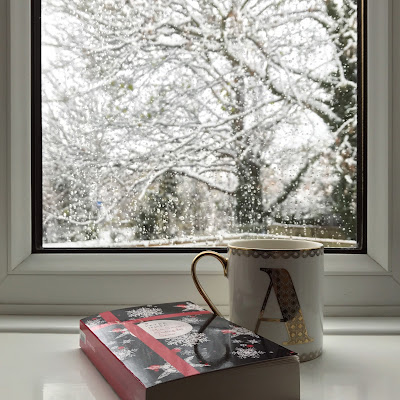 I had some big plans for books I wanted to read this month, so of course I only managed to read two of the five I had laid aside. Somehow, I got ill twice this month - the first with a throat/sinus/chest infection and the second, two days before Christmas, with the most horrific stomach bug anyone in my family has ever seen (even my mum was pretty shook). Therefore I've spent a lot more time lying down/sleeping/being unable to focus than I had planned on. This is what I thought of them.


The Muse by Jessie Burton

The first book I read was The Muse, and I honestly didn't want to put it down. The story is told between two time periods, with the earlier date influencing the revelations of the later date. It was structurally interesting, giving major insight between the time frames, and equally giving a real sense of time and place in both. I felt like in London in the 60s as much as I felt I was in the south of Spain in the 30s. Burton has a real talent for creating a sense of time and place, which I was truly impressed by. I really enjoyed reading all her different characters and gaining their perspectives. A deeply delightful text. Would recommend.

I found this an interesting and yet not great text. It wasn't exciting in the way that The Muse was, but it was, nevertheless, fast-paced and thrilling. The book is a translation from the original Danish text, which is something that always interests me - how close to the original can the translation really be? Regardless, the content of the novel came through clearly, following what is essentially a detective story, though without anyone you'd classify as an actual detective. The novel also explores some cultural aspects, below the surface action, including the relationships between individuals and societies, especially those originating in differing places. Honestly, I didn't like it. And I didn't finish it. I don't know if something maybe was lost in translation, or, more likely, it just wasn't for me, but yeah, not a fan of this one.