How crazy that this summer has been a REAL summer - in England. Can you believe it? Because every week that the weather has continued to be warm, I've gotten more and more confused, and now that it's finally cooled down a bit I don't really know what to do with myself. It's been nice in many ways: I've gotten to wear all my pretty summer dresses without fearing a potential downpour at any given moment; I've spent a lot of time just relaxing and reading, because it's been too warm to do much more; and, most importantly, I've gotten some much needed vitamin D (we're all deprived in this cold country). However, working in the warm weather has ultimately been hellish, so I'm not too sad to say goodbye, and I'm already planning my A/W wardrobe.

Anyhow, here is everything I've been loving for the past three months. It's fairly concise, since it's been too warm to bother about much, but everything here I well and truly love. 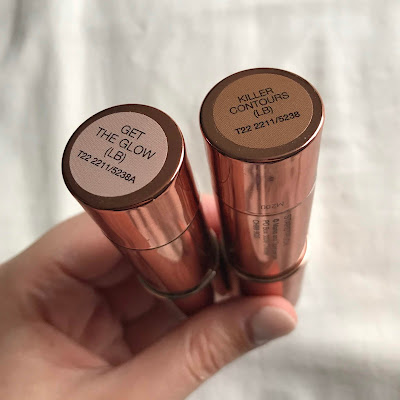 A major summertime rediscovery has been the Rosie For Autograph Bronzing and Highlighting sticks. These are great for creating a super glowy look and bronzing up the face whilst keeping it looking natural. I feel like a total bronzed goddess when using these products, so of course I love using them most in summer, when I'm usually looking a bit pale in comparison to everybody else. The formulas are so creamy, they're really easy to work with,they  and create the perfect summer look. So. Good. 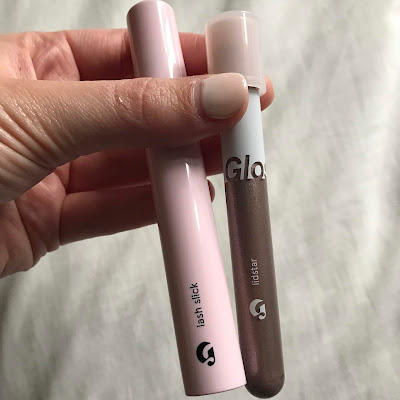 No-brushes-necessary makeup is usually my favourite kind, so it's no surprise that I love the Glossier Lidstar in the shade Fawn. This is essentially a liquid eyeshadow, so you just swipe in on your eyes, pat it out so it covers the lid and hey presto, you're done. I like that it's super subtle and yet when the light hits it, it hits it. It's also buildable so you can get a darker shade, but I prefer just a flick of colour. Fawn is the prettiest purpley taupe, which works great with green eyes.

How great that I've FINALLY found a mascara that I truly love. I have been in such a rut with mascara for so many months now, but the Glossier Lash Slick has finally gotten me wearing it again. It's such a great formula; not too wet or dry or clumpy or thin. It gives a natural but awake look, which is all I really want from a mascara, defining and lengthening your lashes without trying too hard to do anything else. It's my ideal mascara and I'll be wearing it for a long time to come. 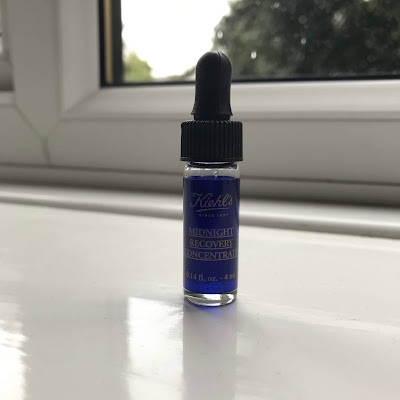 I don't change up my skincare too often now that I've finally gotten a good routine with products that work for me, but I've been trying out Kiehl's Midnight Recovery Concentrate and it is a dream for my skin. This stuff. Phenomenal. I wake up in the morning and my skin is revitalised. It does so much with just a couple of drops. My skin feels so well hydrated, it feels smoother, my complexion is evened out over night, it's everything I've ever dreamt of. I got this as a sample in last year's advent calendar and I know full well that I'll be buying a full size the second I run out. I use it probably about twice a week and my skin is reaping the benefits. Love this stuff.

Midi as a concept. As someone who's never been over the moon with their thighs, the concept of midi length is something I should have considered forever ago. It's floaty and airy and looks dreamy and elegant and everything I desire to be. Being tall as well it's ideal, as I don't need to worry that anything will be too short like with mini and maxi lengths. My favourite midi length item is a wrap dress from Pull & Bear. It's a gorgeous blue floral print and I feel chic as heck whenever I'm wearing it. 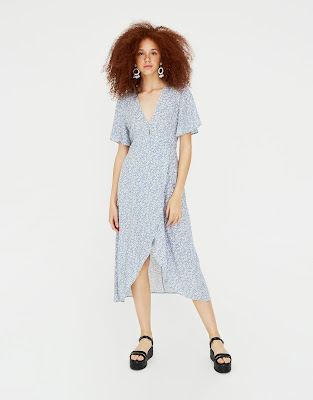 My favourite books from this summer have been Countdown by Alan Weisman and The Northern Lights & The Subtle Knife by Philip Pullman. Countdown is all about the issue of population growth and control, which I find so interesting and is such an important topic for people to be informed about. Whereas The Northern Lights & The Subtle Knife are the first two books in Philip Pullman's His Dark Materials trilogy, following a young girl called Lyra on her quest to understand the conflict between the church, dark matter and other worlds. If you're interested in further thoughts on these books feel free to take a look at my July Books post, which is slightly more comprehensive. 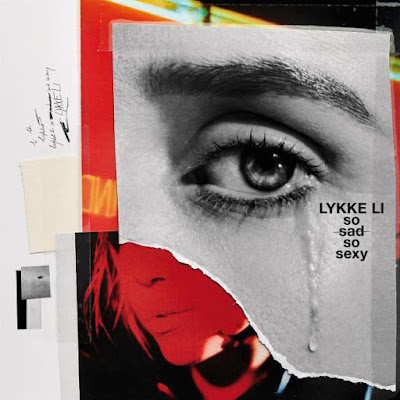 So Sad So Sexy by Lykke Li is basically the coolest album you'll here all year. I love the electropop style of her music and how she's managed to make every song on the album a total hit. This has been on repeat in my car pretty much since it came out. My favourites include Jaguars in the Air, Bad Woman and the eponymous track So Sad So Sexy.

A very recent favourite is Sweetener by Ariana Grande. Her earliest albums were generally a little too bubblegum pop for my liking, but this album in particular has really shown her growth into her own musical style. A few favourite tracks are No Tears Left to Cry, Better Off and Everytime.

Despite loving these two albums, my song of the summer has to be from another artist altogether. Sigrid is yet to release her debut album, but it's already penned to be a hit. A major favourite from her recent Raw EP is a track titled Schedules. The song feels really nostalgic, like a lot of summer hits tend to, and is, in general, an absolute tune. 100% highly recommend giving it a listen.

(women are the best) 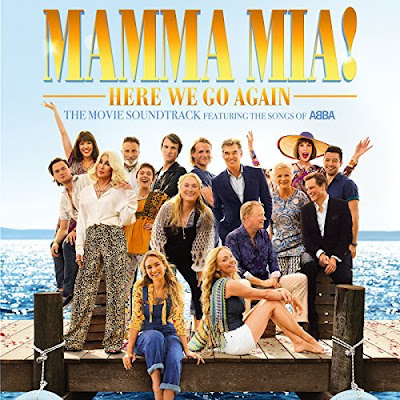 Okay so I went to see Mamma Mia: Here We Go Again without having even watched the trailer, knowing full well I was bound to love it. However, in not viewing the trailer before hand, I was not aware that Meryl Streep's character, Donna Sheridan, has died, therefore leading to me being absolutely NOT emotionally prepared to see the film. There were tears, but there were also a ton of smiles because this film, despite it's lack of Meryl Streep, is full of joy. When ghost Donna and Sophie were singing together I was thrilled to finally see Meryl Streep whilst also being heartbroken by the fact she was a ghost. Lily James was brilliantly cast as young Donna. I thought her portrayal was really great. Honestly, a beautiful, wholesome film. Oh yeah, and Cher is in it!! You've got to watch it.


Also two of my best friends married each other this summer! Maybe my favourite of all favourites.

Thinking about the future 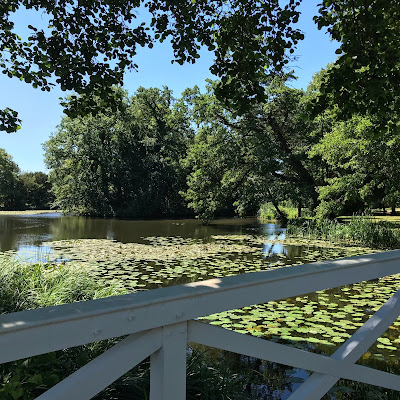 It hit me the other day that two of my best friends are marrying each other in less than two weeks. That some of my old friends from school are already married or are getting engaged and planning the rest of their lives. And I'm just not there.

There's something rather bittersweet about seeing your friends moving forward with their lives whilst you're very stagnant. I feel a little left behind and like I'm not progressing through life as quickly as I should be. But equally I know that I don't want what they've got now, right now. I am not ready to have anyone dependent on me - dependent on me for love, or happiness, or life (I know a lot of my friends are already wanting kids). I'm not there and I'm good with that, and yet because I'm not in that mindset I do feel inadequate.

It's such a silly thing, because I'm not one to dwell, or to compare myself to others, but I do feel behind. I don't know if that's necessarily a personal feeling, or if it's based on the things people say - you know when someone says how happy they are that they've done such and such, and then they'll be like don't worry you'll get there soon!! No thanks, hun. I don't want it. And I think I just need to stand up and say it. I don't want what you want. I don't want what you have. It's not bitter, it's not resentful; it's just having different desires. It's having different things that make you happy, and different things that make you enjoy life.

I read something the other day about time stamps and how people have age dependent goals for their lives. I can honestly say I've never had that for anything, and looking at how my friends who think this way about what they're doing and what they're achieving, I could not be more glad. They act like they're running out of time, and it means they're going for the wrong people, they're not being young whilst they can, they're so focused that they ignore all the other wonderful things life has to offer. It shouldn't matter what age you are or if you attain these 'life goals' within certain time scales. I think if you live like that you'll never be truly happy, you'll just be looking ahead to what you have to achieve next and how little time you've got left to do it.

So no, I don't want my own house but the time I'm 25; I don't want to be married by the time I'm 28; I don't want two kids and a dog by the time I'm 32 (okay, the dog part I do kind of want). I don't see the point in limiting yourself to your age. Age truly is just a number and you don't need to do anything by any certain age. You need to learn to love the journey to all the things you want, whenever they end up happening for you. Or you'll end up bitter and unsatisfied. And that's not a life I want to live.